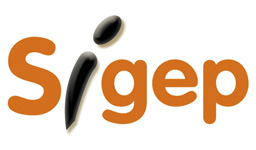 RIMINI – A series of great events took place at SIGEP 2014 including the Italian Cafeteria Barista Championship, the Latte Art contest and the Coffee in Good Spirits competition, as well as the 6th Gelato World Ciè and the Pastry Queen Contest.

A duel was expected between France and Italy and that’s what there was. In the end, the French artisans got the upper hand, with the team guided by Elie Cazaussus and made up of Christophe Bouret, Benoit Lagache, Jean Christophe Vitte and Yazid Ichemrahen.

Poland was third, with a team formed by Aleksandra Sowa, Mariusz Buritta, Maciej Pieta and Michat Doroszkiewicz, who chose “The elements” as its theme. Eleven teams from five continents competed to win the World Cup: Argentina, Australia, Brazil, Canada, France, Italy, Morocco, Mexico, Poland, Spain and the USA. The competition was organized by Rimini Fiera – SIGEP and Gelato & Cultura

An American from Pennsylvania is 2014’s Pastry Queen. Cher Harris beat ten opponents with her great regularity and strict observance of the rules. Behind her came Japan’s Tomomi Futakami and Laetitia Moreau from France.

The contest’s Honorary President was Master pastry chef Iginio Massari, whereas the president of the International panel of judges was Frédéric Cassel (chairman of Relais Dessert), who was asked by Rimini Fiera to sign the Book of Honour, to emphasize the exceptional presence of this great professional.

In the context of SIGEP, alongside the expo area dedicated to coffee, numerous championships dedicated to baristas were held.

The cake design zone was an extraordinarily busy area.

From inauguration day, with the overwhelming success of Buddy Valastro, the “Cake Boss” who attracted the attention of all the visitors to SIGEP. The Cake Design area also had live coverage by national broadcaster Rai 2’s program “Quelli che il Calcio”, during which showgirl Valeria Marini and her mother made a cake.

For the competitive part, Paolo Santilli and Valentina Urbini, both from Rome, won the Coppa Italia for Cake Design, organized by Conpait (Italian Confectioners Confederation).

The Coppa Italia for Cake design was also original as far as the method used to select the fifteen finalists was concerned: they were chosen by means of a contest on the Web organized by GlamourItalianCakes. In the Rimini finals, contestants had to make their creations, dedicating them to a very precise theme: The Italian Renaissance. The figure of Leonardo da Vinci occurred to many of them.

Second place went to the couple formed by Sebastiano Musolino of Reggio Calabria and Fatima Lucchese, born in Abruzzo, but resident in Trento; Laura Saporiti and Roberto Albanese from Parma came third.

Several special prizes were also awarded: Ivana Guddo and the couple formed by Valentina Graniero and Tommaso Molara tied for the Pasticceria Internazionale award. Martina Presta and Maria Cristina Hellmann won the prize for the best development of the set theme, whereas the award for the best cleanliness and organization was won by Anna Virgilio and Giovanni Mangione.