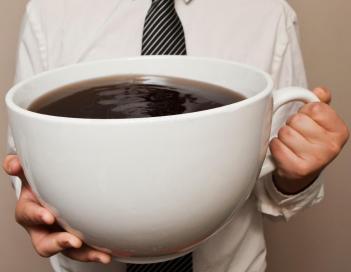 MILAN – There’s nothing that can brighten up your morning quite like your morning coffee. Whether you drink it for the buzz, to help relieve stress, or you’re just a fan of the bitter taste, majority of us find it difficult to say not to our morning cup of Joe. But what’s fuelling this addiction? Why is coffee too good to resist?

According to a study published in Scientific Reports, it may be rooted in your genes.

The study involved two sets of data: the first was a large twin study, which showed that those of European ancestry, had particular genetic variants linked to the strength of perception of different tastes.

The team then examined data from another source – the UK Biobank – which recruited 438,870 participants aged between 37 and 73, and involved the collection of their genetic profiles and beverage consumption.

The researchers found people with a greater genetic predisposition to perceiving the bitterness of caffeine drank more coffee, with on the other hand, increased perception of the bitterness of quinine and prop were linked to a reduction in coffee drinking but were fonder of tea.

“Given humans generally avoid bitter tastes, we interpret these findings as possibly a learned behaviour: if we can perceive caffeine well we associate this with the psychostimulant properties of caffeine and so seek more coffee.”

The team also found that greater perception of the bitterness of prop was linked to a lower chance of being a heavy drinker of alcohol.

Jue Sheng Ong, first author of the research from QIMR Berghofer Medical Research Institute in Australia, added the findings for tea might be down to the beverage containing lower concentrations of bitter substances.

“Our taste genes partially play a role in how much coffee, tea or alcohol we drink,” he said. “The preference towards tea can be seen as a consequence of abstaining from coffee, because our genes might have made coffee a little too bitter for our palates to handle.”