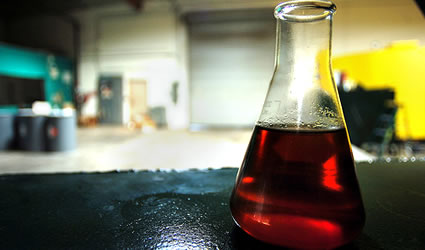 CINCONNATI (Us) – A large percentage of people turn to coffee for energy to start their day, but new research suggests that the caffeinated beverage could also serve as fuel to power automobiles and appliances.

Yang Liu of the University of Cincinnati’s College of Engineering and Applied Science (CEAS) and colleagues report that an ingredient in old coffee grounds could be converted into energy sources, including biodiesel and activated carbon, through a three-step process.

First, oil would be extracted from the waste. The coffee grounds would then be dried in order to filter impurities in biodiesel production, and then the remains would be burned as an alternative energy source for electricity (similar to biomass). Liu presented his research this week at the American Chemical Society’s (ACS) 246th National Meeting & Exposition in Indianapolis.

The project launched in 2010 and is currently in its early stages, but the results thus far have been deemed promising, the university said in a statement. What started as research involving the collection of waste coffee grounds from an on-campus Starbucks could ultimately lead to cheaper, cleaner fuel for cars, furnaces, and other energy sources, according to Liu and his associates.

After collecting the grounds, the researchers removed the oil and converted the triglycerides in that oil into biodiesel and its byproduct glycerin. The coffee grounds were then dried and used to purify the biodiesel, and the preliminary results demonstrated that the oil content in the waste was between 8.37-19.63 percent, and that the biodiesel made from coffee oil meets the ASTM International D6751 standard.

The result could be a cheaper, cleaner-burning fuel source. Biodiesel reduces the emission of carbon monoxide, hydrocarbons and particulate matter versus petroleum diesel, the researchers said. Creating it using waste material that is a byproduct of brewing one of the world’s most popular beverages would be inexpensive, and would prevent an estimated one million tons of primarily landfill waste from being produced in the US each year.

“The researchers say the method they’re exploring to produce biodiesel would not only open landfill space, but it also holds promise in creating biodiesel from a natural product that’s not also in high demand as a food source, such as corn and soybean crops that are used to manufacture biodiesel,” the university said.

“The project was among four proposals selected for a $500 grant last spring from the UC Invents initiative, an enterprise led by UC Student Government and the UC student chapter of the Association for Computing Machinery to share ideas and encourage innovation in campus life,” they added.