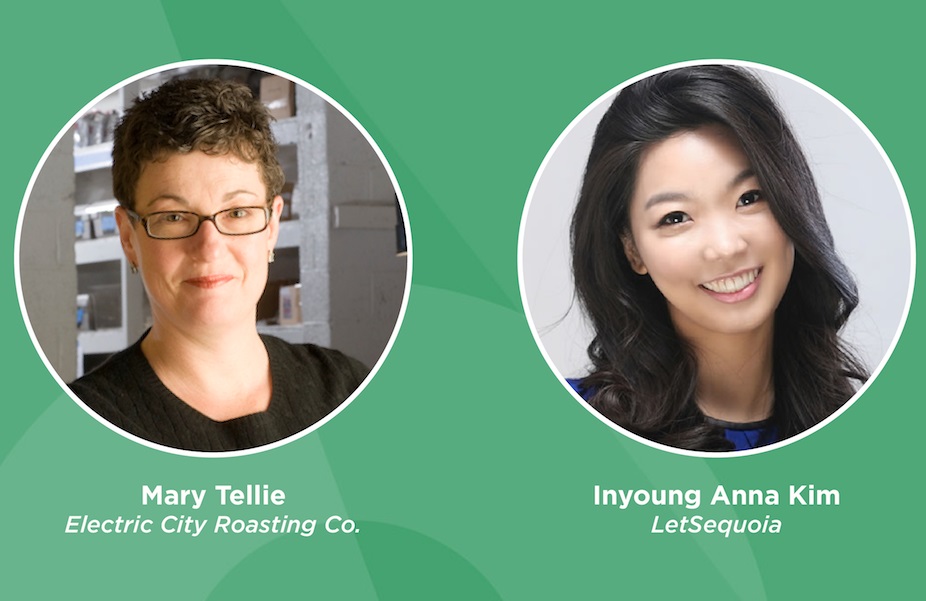 Following the recent resignations of two Board Members, the SCA welcomes Mary Tellie and Inyoung Anna Kim to the Board of Directors. Mary and Anna bring a wealth of valuable experience to their roles and will serve out the remaining terms of their predecessors, in accordance with the SCA bylaws.

In accordance with the SCA bylaws, the Nominations Committee of the SCA Board of Directors identified potential candidates to fill the vacant positions.

The Board of Directors were presented with a variety of supporting documentation and information on each of the nominees and a vote was taken by all remaining Directors to elect Mary Tellie and Inyoung Anna Kim to the two roles.

Mary Tellie founded Electric City Roasting Co. in 2003 and Zummo’s Café shortly thereafter. She has been featured as one of the top ten women in coffee by Barista Magazine and has been featured in Roast Magazine for utilizing small and medium size roasters. Tellie served and Chair of the Roasters Guild Executive Council 2016-2017. As a licensed Q Grader and COE and Brewer’s cup judge, for over the last decade, Tellie is committed to supporting the specialty coffee industry.

Inyoung Anna Kim established LetSequoia, a social entrepreneur based in Rwanda, D.R Congo and Korea focusing on the development and empowerment of local populations through the creation of economic activities. She graduated from the University of California, Los Angeles (UCLA), and specialized in International Development. She also serve as International Development Committee, for SCAE since 2015 and in 2017 she was appointed as a Steering Committee member of the AFCA.