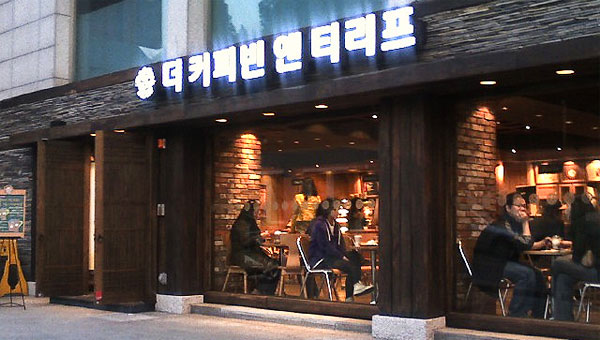 SEOUL – A group of people from all walks of life on Thursday launched a civic body tasked with placing a bid to host the headquarters of the main intergovernmental body for coffee in South Korea.

Kim Deog-ryong, a former lawmaker who now leads an association of overseas Korean businesspeople, was chosen to lead the South Korean bidding committee to join the International Coffee Organization (ICO), currently based in London, and host its next headquarters.

Set up in London in 1963 under the United Nations because of the great economic importance of coffee, the ICO brings together exporting and importing governments to tackle the challenges facing the world coffee sector through international cooperation. Its members represent 98 percent of world coffee production and 83 percent of world consumption.

The organization administers the International Coffee Agreement which a total of 77 coffee producing and consuming countries have joined.

“Coffee is the largest commodity traded next to crude oil. South Korea’s coffee market came to 6.2 trillion won (US$5.45 billion) in 2014, becoming the world’s sixth consumer of the commodity,” an official on the organizing committee said. “The ICO is turning its eyes to the Asian market as China is believed to have overtaken the United States last year to emerge as the world’s biggest coffee consumer.”

The formation of the organizing committee comes as the lease of the ICO’s London headquarters is set to expire next year.

South Korea’s move to bring the headquarters to Seoul has apparently prompted Japan, which joined the ICO as a founding member but left in 2009, to re-enter the ICO, the South Korean organizing committee said.