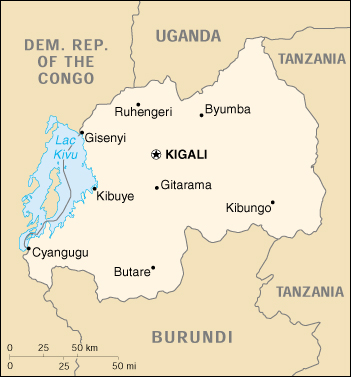 KIGALI – For the first time in history, export revenues coming from coffee , Rwanda’s traditional major foreign exchange earner, were outpaced by milk sales during the fourth quarter of 2013.

Figures released by the National Institute of Statistics Rwanda on Friday show milk and milk products brought in $22.41 million (about Rwf15.5 billion), against $17.88 million brought in by coffee.

Experts have attributed increased milk exports to the country’s Girinka project and increased finances injected into the sector.

Burundi, DR Congo and  Tanzania are the  leading export destinations for Rwandan milk and milk products—consuming about 15,115 kg per year

Figures from Rwanda Agriculture Board indicate that Rwanda’s milk production has increased by 11 per cent over the past two years.

Revenue from coffee exports declined primarily because Rwanda’s coffee season starts in March and gradually winds down towards the end of the year. However, coffee prices also fell last year to as low as $2 per kg of processed coffee due to a weak global demand and a glut in the world’s leading coffee producer, Brazil.

However, officials at the National Agriculture Export Board are optimistic about a rebound in coffee prices due to a decline in Brazil’s coffee supplies this year.

“Unlike last year when the industry did not perform well, we are predicting a good result this year with annual total production increasing to more than 25,000 tonnes,” George William Kayonga, NAEB Director-General, told The New Times on the sidelines of a coffee research symposium in Kigali on Monday.