Intelligent Coffee Insights has released additional information regarding the Arabica crop in its Arabica Report Data Release, a supplement to its recently published “Climate of Coffee 2015” report.

According to the FAO, the growth rate of coffee trees drops off at temperatures above 28°C for Arabica, and above 30°C for Robusta. 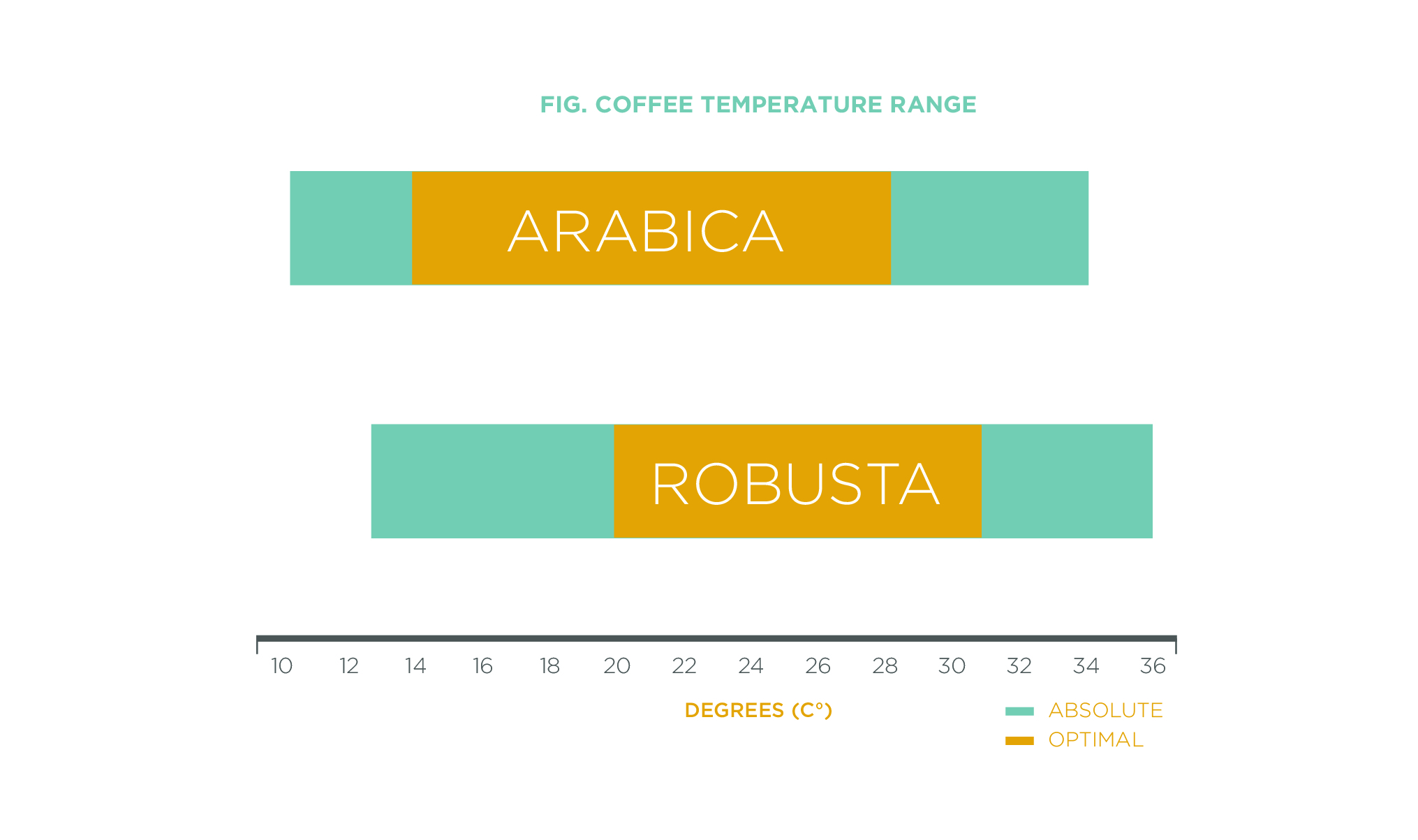 They suggest that at temperatures above 34°C for Arabica trees and above 36°C for Robusta trees, growth falls to an unviable rate for commercial production.

This commercial viability is key. High temperatures during parts of the day are generally not lethal to coffee trees. However, productivity is affected; the trees choose to spend energy on vegetative growth rather than reproductive growth in order to survive. Higher temperatures for longer periods having an even stronger effect.

But what does this all mean to coffee production? Taking the FAO temperature thresholds as a guide, the following charts show daily temperatures throughout the whole year, and at what temperatures Arabica and Conilon production is optimal, possible and unviable. In the charts, we compare the years 1995 and 2014 in Machado and Patos de Minas (Minas Gerais, Brazil). 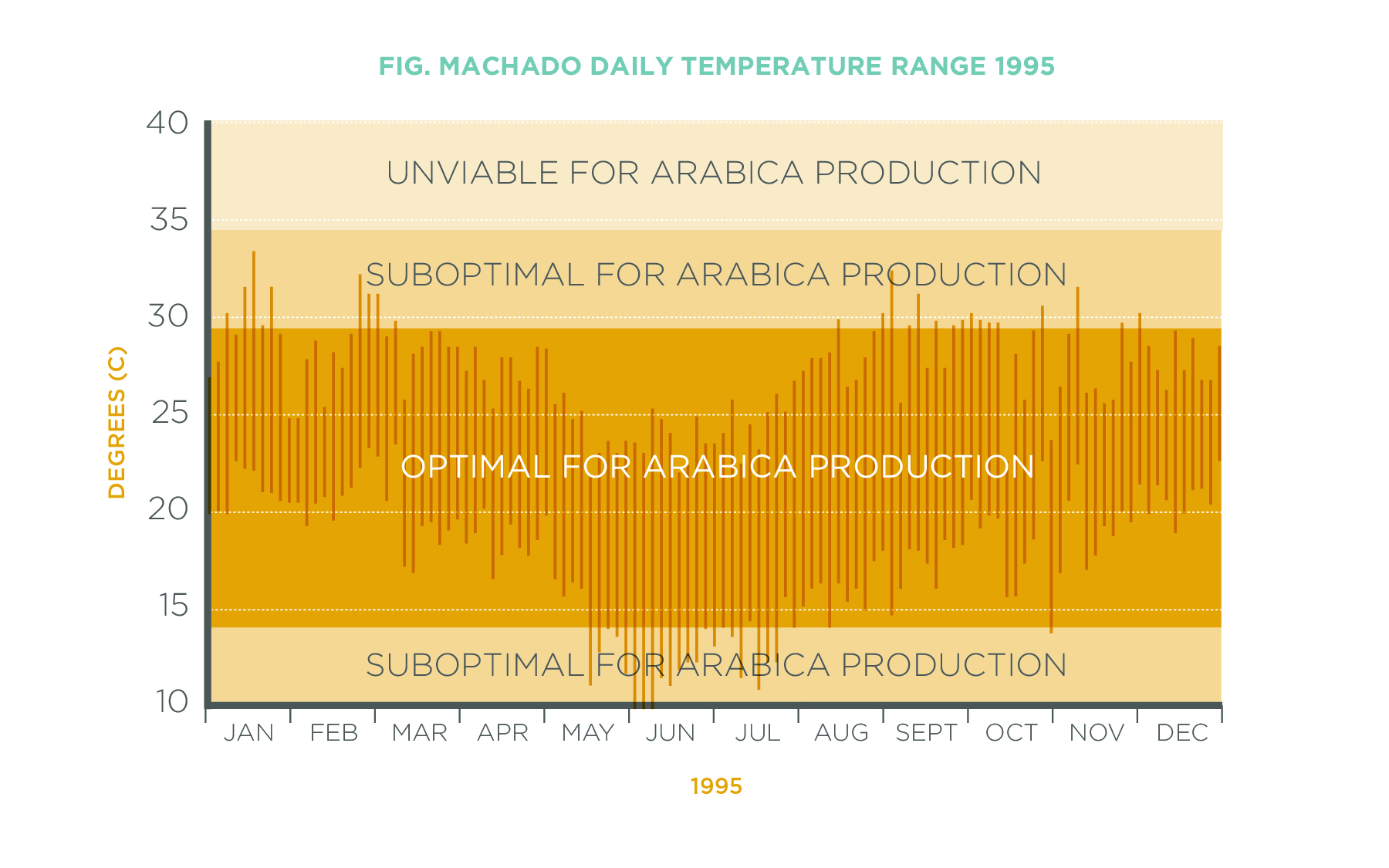 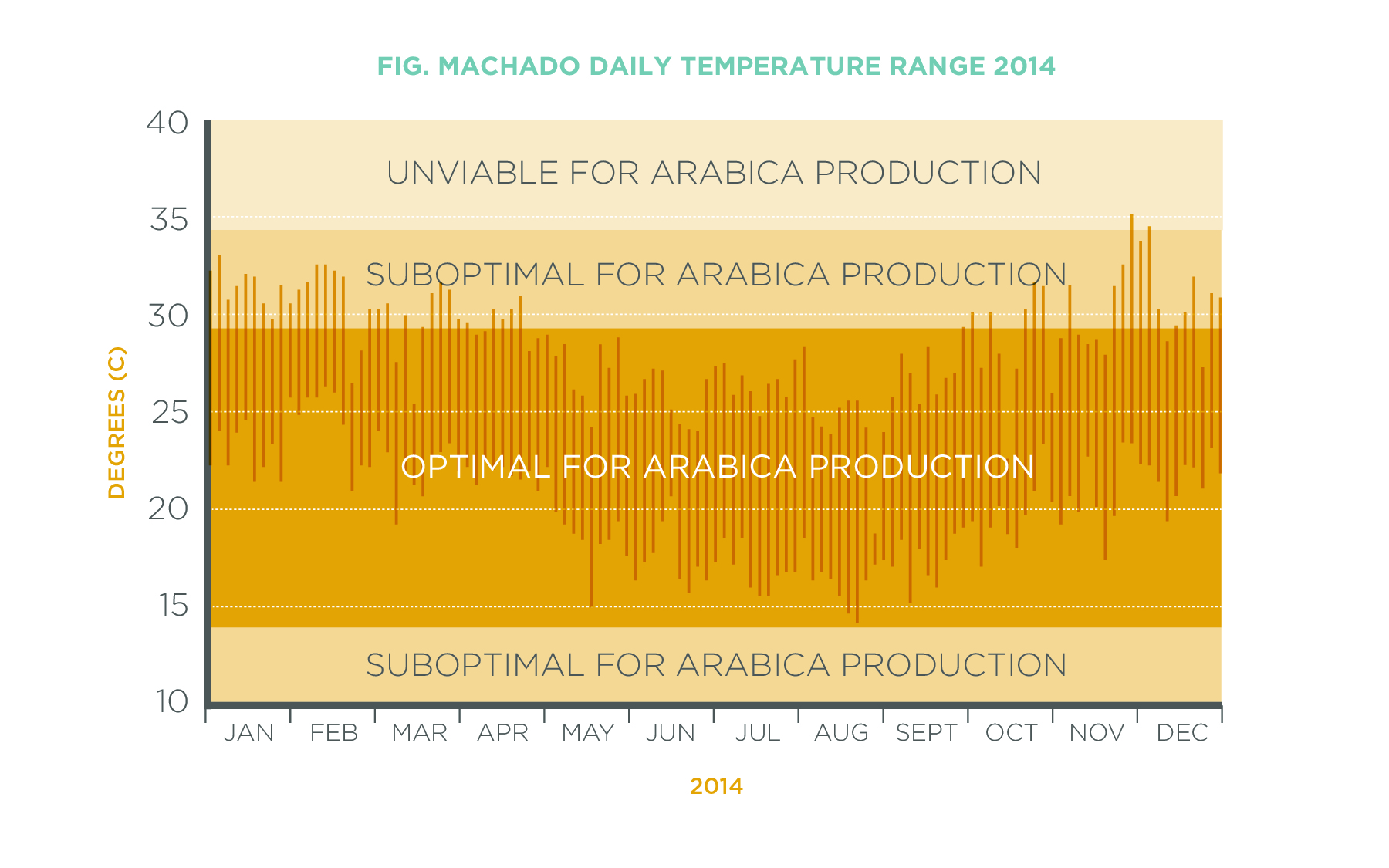 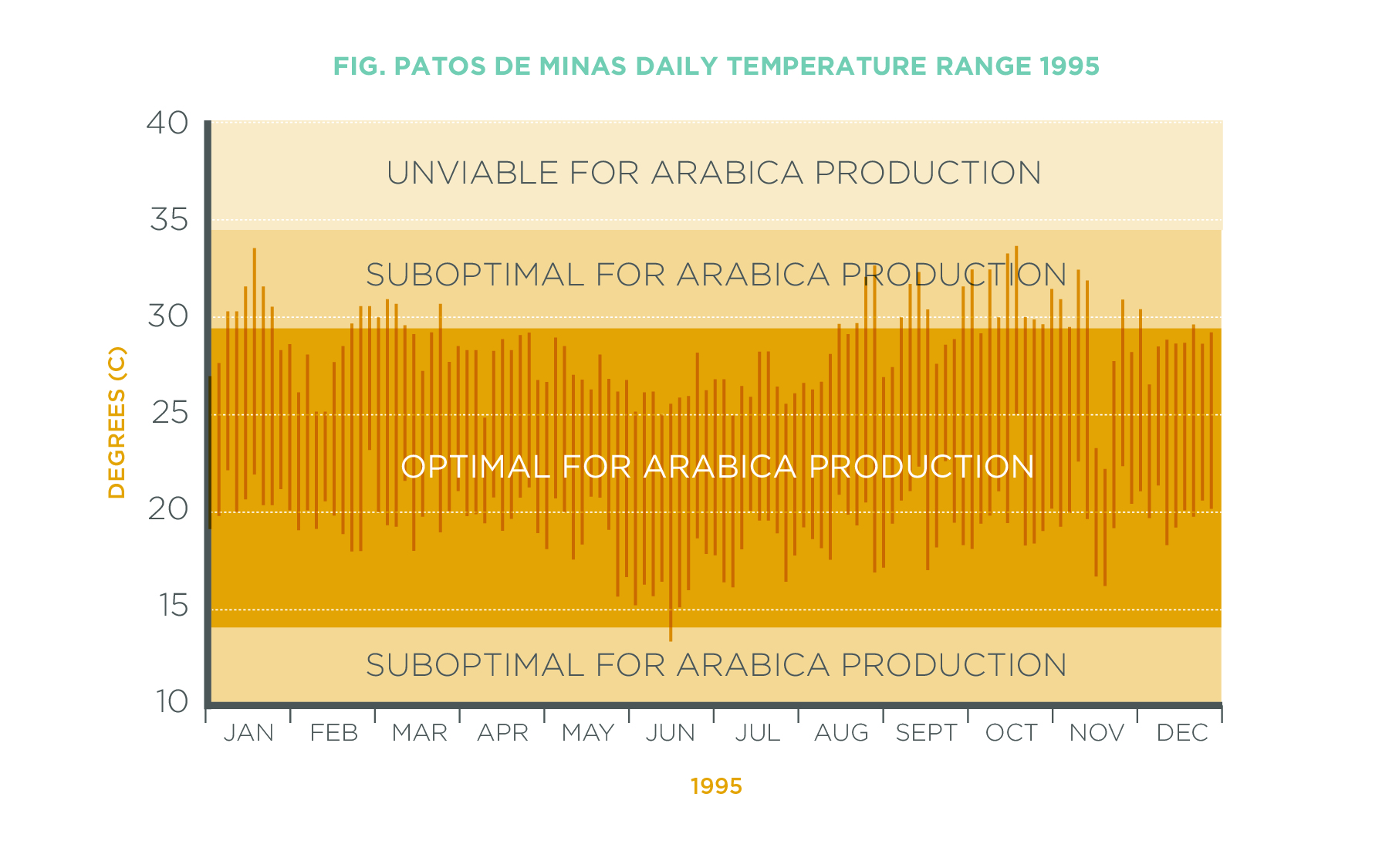 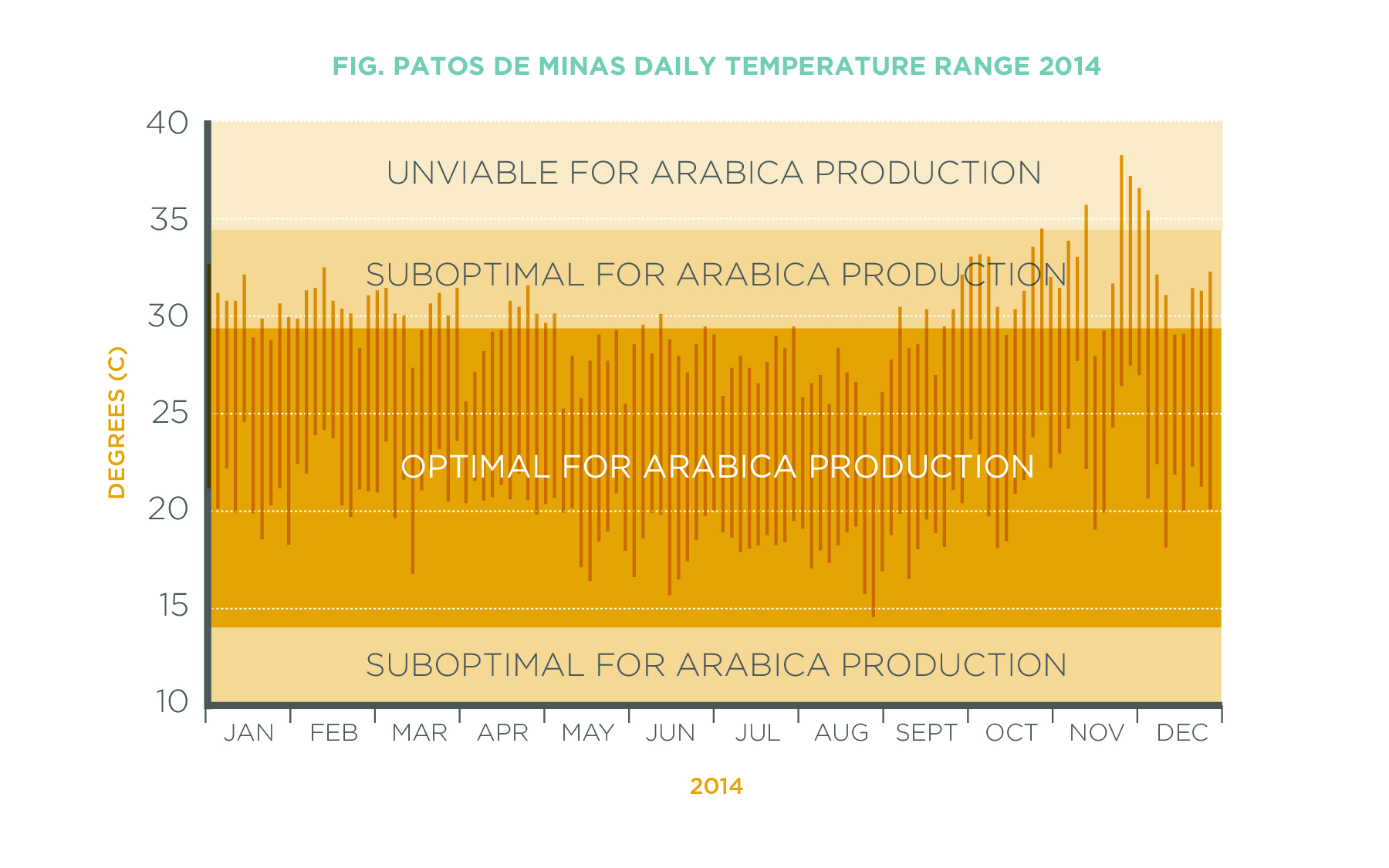 The full report, available via subscription, includes a detailed analysis of Intelligent Coffee Insight’s on-the-ground findings as well as all of the raw data they collected, something that has never before been done in the coffee industry.

Barry Callebaut will use cocoa shells to biochar, agriculture’s ...