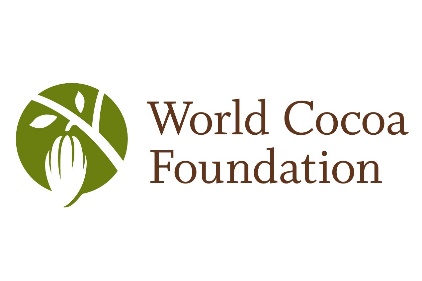 In response to the 2013/2014 Survey Research on Child Labor in West African Cocoa-Growing Areas Report, the World Cocoa Foundation (WCF) today issued the following statement, which underscores that reducing child labor is a shared responsibility.

The World Cocoa Foundation (WCF) is deeply concerned that the collective efforts undertaken thus far by the cocoa and chocolate industry, the United States government, the governments of Ghana and Côte d’Ivoire, and others, have not been sufficient to achieve significant reductions in the number of children working in unacceptable conditions in West Africa, often in circumstances defined as child labor.

Reducing the number of children participating in child labor is a shared responsibility of industry, governments, NGOs, civil society, communities and families, among others, and remains a top priority for WCF and our member companies.

We know that achieving reductions in child labor will take a sustained collaborative effort by public and private stakeholders, including through collective platforms such as the International Cocoa Initiative (ICI). Child labor is both a symptom of and contributing factor to poverty, and any approach that aims to eliminate child labor must include a focus on alleviating poverty.

The 2013/14 Survey Research on Child Labor in West African Cocoa-Growing Areas Report highlights some promising signs of progress and illustrates the challenges that remain. The research was commissioned by the U.S. government and conducted by Tulane University.

WCF believes that several core interventions are needed to dramatically accelerate progress toward achieving reductions in child labor, and the organization and its members are actively advancing programs in each of the following intervention areas:

• Improving farmer incomes, especially considering the vast majority of cocoa in West Africa is grown on small, family-owned farms
• Involving local communities in the effort, including awareness-raising and training of farmers and communities
• Establishing child labor monitoring and remediation systems in the cocoa supply chain
• Improving labor efficiency and developing a more formalized adult labor market in cocoa-growing communities that are reinforced by strong regulatory and legal systems
• Expanding access to quality primary education for all children

The Tulane survey data collected during the 2013/14 cocoa harvest seasons are used to identify children’s exposure to child labor and hazardous work, and the estimates provided are representative of agricultural households in cocoa-growing areas of Ghana and Côte d’Ivoire.

According to the recent data collection, and in comparison to the data collection during the 2008/09 harvest season, there was a more than 20 percent reduction in the number of Ivorian children who were exposed to many types of hazardous work, and in Ghana a 14 percent reduction in the number of children exposed to multiple hazards. In Côte d’Ivoire, a smaller percentage of children were found in child labor based on working hours.

The governments of Ghana and Côte d’Ivoire have implemented several initiatives to address child labor. In Ghana, the government has created the National Steering Committee on Child Labor, District Child Protection Committees coordinated by the Child Labor Unit, and the National Program for the Elimination of Worst Forms of Child Labor in Cocoa.

The Ivorian government is moving quickly toward making education compulsory for children ages 6 to 16 for the first time, beginning September 2015. First Lady Dominique Ouattara has been a tireless champion for the children of Côte d’Ivoire, including her leadership role on the National Monitoring Committee for Actions to Fight against Trafficking, Exploitation and Child Labor (CNS).

WCF and its members are investing in a variety of formal and informal education initiatives. It is widely accepted that when access to education increases, there are reductions in child labor.

In addition to substantial obligations made by the Ivorian and Ghanaian governments, the cocoa and chocolate industry is investing more than $500 million in cocoa sustainability. Industry is determined to accelerate its collective efforts to achieve reductions in child labor in a number of ways.

CocoaAction was established in May 2014 by WCF and the world’s leading chocolate and cocoa companies, in close consultation with the governments of Côte d’Ivoire and Ghana, to advance sustainability and improve the livelihoods of cocoa farmers in both countries, with plans to work in 1,200 cocoa-growing communities in the years ahead, reaching more than 300,000 farmers and their families.

CocoaAction, existing WCF programs, other industry-led initiatives, and ICI-led interventions seek to reduce the occurrence of farm-level practices that, in the past, have too frequently involved the use of children. These efforts include:

• Programs to support education activities in Côte d’Ivoire that are reaching tens of thousands of children in cocoa-growing areas
• Programs to strengthen child protection in cocoa-growing communities, such as those implemented by ICI, whose work in more than 500 communities since 2007 has led to improved access to quality education for more than 50,000 children
• Organizing farmer field schools and increasing farmers’ awareness about the risks and dangers of child labor
• Training teams of professionals to safely apply agrochemicals to cocoa farms in areas where children have previously been involved in this task
• Leading informational child labor awareness sessions, which, in 2014 alone, were attended by more than 12,000 farmers and 35,000 community members
• Within farmer field schools, demonstrating best practices regarding pesticide spraying, reaching 24 cooperatives and 11,000 farmers
• Training cocoa farmers to open cocoa pods with wooden mallets rather than machetes, a practice that is not only safer for the farmer but improves cocoa quality and yields
• Helping to train and certify nearly 400,000 farmers in Côte d’Ivoire and Ghana, with external studies showing that children of certified farmers attend school 30 percent more than children of farmers who are not certified

CocoaAction’s strength lies in combining community development and productivity with the intention of raising farm level incomes, an approach that’s an important driver for change in cocoa-growing communities.

WCF is confident that continued close collaboration among those who share responsibility in reducing child labor in West Africa, including the governments of cocoa-producing countries and continued involvement by the U.S. Department of Labor as well as Congressional participation, will lead to increased sustainability in the cocoa sector and necessary reductions in child labor.