LONDON, UK – The International Coffee Organization (ICO) recognized the work of the Government of Mexico, through its Ministry of Agriculture, Livestock, Rural Development, Fisheries and Food (SAGARPA) to promote domestic coffee consumption through diverse actions and programmes for children and young people.
Through a video, lasting two minutes and 45 seconds, the richness and quality of coffee cultivation in the country is shown, detailing the process of planting, tending, harvesting, washing, roasting and grinding to finally result in a delicious, steaming cup of coffee.
The audio-visual production shows a landscape of coffee plantations producing the aromatic grain in the states of Mexico and aims to promote at both national and international stages the grain´s quality.
During a meeting with ICO representatives, were announced Mexico´s programmes of coffee culture´s dissemination oriented to youth population of Mexico.
The central purpose of this outreach programme is to provide the society the set of values, knowledge and practices that enables you to meet all economic, social, environmental and health benefits that coffee offers.
Art, technology and internet media are tools to establish this cultural policy in all possible areas of education, formal and informal.
Both works were exhibited in the framework of the meeting of the 113th session of the International Council of the ICO, which took place in London, England, and in which more than 50 producing and consuming countries participated.
The Executive Director of the ICO, Robério Oliveira Silva, said that Mexico represents the perfect example to unite the entire production chain in each country and other nations to implement campaigns, in order to raise the consumption of the aromatic grain in the world.
ICO members recognized that Mexico´s initiatives are important to give prominence to the international coffee production. Producing countries were interested and requested guidance for similar campaigns, aimed to increase the consumption of coffee.
The General Director of Productivity and Technological Development of SAGARPA, Belisario Dominguez Mendez, who attended the event on behalf of the Mexican Minister of Agriculture, Enrique Martinez y Martinez, said that producer countries and consumer participants acknowledged the work of the Government of Mexico through SAGARPA.
He noted that Mexico’s coffee is one of the most internationally renowned for their flavour, quality and aroma.
“Mexico produces a unique high quality coffee with aroma, flavour and body and is worth to mention that the coffee served at these meetings is from Mexico,” he mentioned.
The delegation representing the Mexican Government, participated in various meetings of the Council of the ICO, where not only it holds the Vice Presidency of the Committee on Promotion and Market Development, but is also actively involved in other committees, such as Finance and Administration, in which Mexico represents the exporting countries.
In the ICO meeting, the federal government employee announced the official interactive website Instagram / cafedemexicooficial, where everybody can learn everything about coffee culture and make contributions with images and allusive content 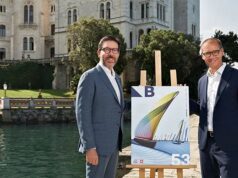 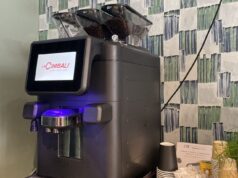 LaCimbali, Faema and Slayer have found a new home at Archiproducts Milano 2021 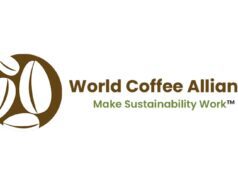