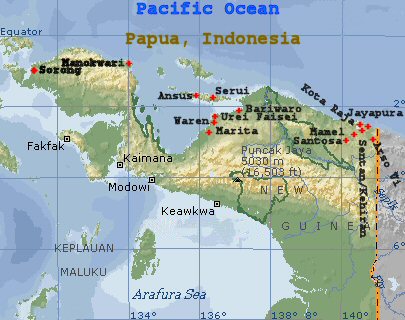 The Coffee Industry Corporation’s (CIC) in Papua New Guinea is moving a step further to engage some of its farmers taking part in the industry rehabilitation to integrate honey bee into their coffee gardens.

The introduction of domesticated honey bees will help to increase pollination of coffee cherries and vegetable crops as well.

The corporations’ Productive Partnerships in Agriculture Project (PPAP) in its recent Board or Industry Coordination Committee meeting has approved a total of K1.9 million for this purpose.

This funding will be made available to 19 new and existing Lead Partners (up-scaling) under call 4 proposals recently approved by the same PPAP Board meeting in Goroka on October 4, 2016.

“An amount of K100,000 has been included in the budget for each Lead Partner which is specifically for integrating domesticated honey bees into coffee gardens.

“Each Lead Partner will involve between 10 and 15 households,” says Mr Hombunaka.

Mrs Anita Gibson, aged 31 from South Fore LLG in the Okapa District of Eastern Highlands Province, welcomed this new CIC-PPAP initiative with great excitement during a meeting with farmers at Waningato Village on Wednesday 9 November.

Project Manager Mr Hombunaka explains coffee is a seasonal crop producing cherries every six months. Hence the integration of honey bee with coffee will help to pollinate coffee trees to increase yield with continuous harvesting through the year.

“Coffee growers are also livestock, vegetable and honey bee farmers. The notion is to diversify farmers’ income.  The integration will help to diversify honey bee and coffee farmers’ earnings.”

The CIC Ltd is already embarking on stakeholder partnership in apiculture industry for honey production and pollination services after a government decision in August 2014 to transfer all functions of Research & Development, and Grower Services (Extension) from Livestock Development Corporation to CIC.

In the field farmers have already been integrating honey bee with coffee farming like in Wau-Bulolo in Morobe Province and Middle Ramu in Madang Province.

Dr Nelson Simbiken of Aiyura Coffee Research says cultivation of coffee with apiculture is a normal practice with high altitude coffee farmers around the world.

“Some PNG coffee farmers have been integrating apiculture into their coffee farms and have improved their livelihood with the additional income from apiculture.

Recently in September, CIC-PPAP launched a honey bee integration program in partnership with AAAK Coffee Cooperative Society Ltd in Goroka, a copartner with PNG Coffee Exports Ltd who is a lead partner in the coffee rehabilitation work.

“The AAAK Coffee had seen the importance of integrating honey bee into their farmers’ coffee gardens and will get K100,000 as well to begin breeding of honey bees to supply to their farmers,” says Mr Hombunaka.

During the launching in Goroka on Thursday 8 September, the Director of Policy and Planning, DAL John Kendiga on behalf of Secretary DAL was delighted to see the policy of transferring honey bee to CIC being embraced and implemented.

The Chief Executive Officer for CIC Charles Dambui announced during the launching that AAAK Cooperative will be CIC’s Service Provider to breed and supply honey bees to coffee farmers.

Mr Dambui also announced that a portion of land will be made available at Zuguru near Goroka for AAAK to expand its honey bee breeding program.  Zuguru has been acknowledged as the best place to breed honey bee.

“In all aspects of life, bees sweetens the nature and supports the evolution of plant diversity. Beekeeping in PNG is a cottage industry that is well suited to smallholder farming, particularly in the Highlands.”

He says to date, Hived honeybee (Apis mellifera) colonies yield about 50 tonnes of honey annually with a value of K1.2 million (AU$300,000).

This is produced by about 1000 beekeepers, with up to 500 of them located in the Eastern Highlands province (EHP). PNG consumes about 200 tonnes of honey annually, with the difference between demand and supply coming from imported honey.

The main objective of the integrating apiculture into coffee farming system is to develop Apiculture capacity and support for smallholder farmers in both lowlands and highland areas to expand production of apiculture with coffee.

The focus of the CIC-PPAP intervention is to improve coffee yield and quality which has declined over the years. At the farmers’ level, it means more income to improve their wellbeing.

The PPAP coffee component is a CIC project through the Department of Agriculture & Livestock financed by a loan facility from World Bank (IDA) and IFAD (International Fund for Agricultural Development) with support from PNG Government.

Löfbergs and others in the Haga Initiative decrease their emissions

Frinj Coffee is defining standards and perception of California-grown ...