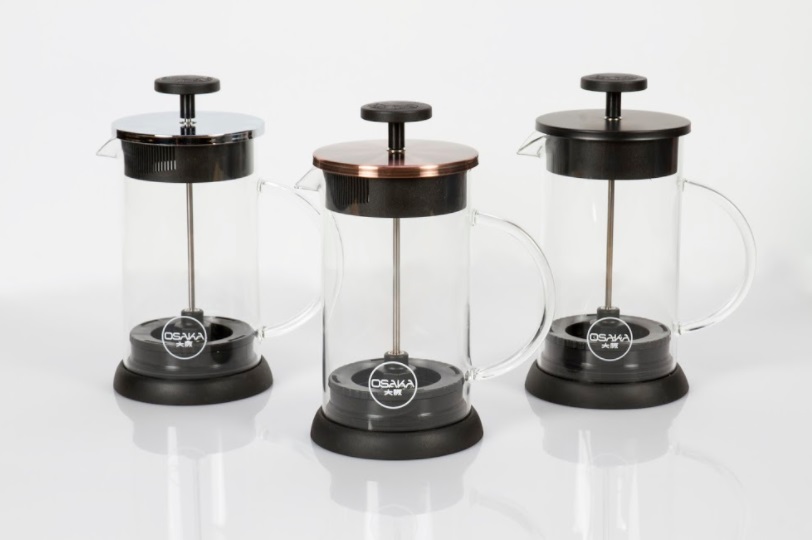 What sets Osaka apart from other French Presses is its innovative, double-ring silicone filter that gives the user complete control over the extraction process and provides a grit-free coffee that’s brewed to perfection. Osaka features an adjustable airlock for, slow- or fast-drip brewing, and prevents excess sediment from seeping into the beverage.

By utilizing a patent-pending, airtight silicone ring mechanism seal, this French Press can automatically stop the brewing process upon completion while seamlessly separating out the grinds. Once the filter is pushed down, Osaka seals automatically and opens to allow filtered, purified coffee to sift through the stainless steel mesh. Even when the filter isn’t being pushed down, it will fully lock again to prevent over-extraction.

Made with a hand-blown, borosilicate glass body, Osaka is specifically designed to resist shattering from thermal shock, while its silicone base gives it a non-slip grip. The French press is also odor-resistant and won’t absorb any chemicals.

Osaka has seen support from nearly 300 backers and counting. With nine days left in the campaign, backers can still take advantage of pre-ordering Osaka at 60% off its future retail price. Consumers can enjoy both tea and coffee brewed seamlessly. Visit the campaign at http://bit.ly/Osaka_KS to learn more.