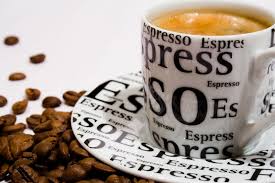 We probably don’t even think about it when we order our espresso in a coffee bar. We are so used to thinking about getting a coffee as a nice habit that we tend to forget the more material side of it.

But coffee is a commodity – a physical product – and, as such, it is subject to market fluctuations and to the laws of supply and demand. And because it is a product of nature, it is also affected by climatic changes.

The Italian market is still one of the most important markets in the world. According to data released by CIC (Comitato Italiano Caffè), Italy represents the second largest market in Europe after Germany for the production and export of roasted coffee.

Worldwide, it is in fourth place (behind Germany, Belgium and the United States) in the ranking of major coffee exporters with 2.9 million bags of coffee (equivalent to 174 million kilos of green coffee).

Coffee is one of the liveliest sectors in the Italian food & beverage industry with more than 700 roasters and 7,000 employees working in the Italian coffee market with turnover of 3.5 billion euros, 950 million of which is destined to export.

The International Coffee Organisation reports that demand for coffee has grown at an average rate of at least 2.5% from 2000 until today. Because much of this demand is for quality coffee, this has led to an increase in demand for arabica, which traditionally offers higher quality coffee. However, demand is growing for robusta coffee as well.

To keep pace, we need to improve the yield and quality of cultivation for small owners.

Many of them are getting Q-grader certification, which is given by the Specialty Coffee Association of Europe & America.

They are better able to recognise the quality of the coffee and farmers are able to produce a higher quality end result, which makes an impact on consumption.

The organisation is working on training and certification of baristas to improve their skills and their knowledge of the product.”

The dinamics of onsumption and price

One important piece of data is that the portioned coffee sector, which continues to see double-digit growth as compared to the ground moka coffee market, is substantially stable. In the first few months of the year, according to Iri data, sales of portioned coffee saw growth of 20% in the mass distribution market.

In terms of the international dynamics of price, according to the ICE Futures Exchange in New York, since 2011 until the beginning of this year the share price of the arabica variety, which is the most sought after on the market, went down consistently until January 2014 when it hit a low of 111,40 cents per pound.

Then the price suddenly went back up in March and reached new highs since 2011 – 198 cents per pound. What are the reasons for this? Most certainly, the drought in this last season has had an impact on Brazil, the major worldwide producer. According to some experts, this drought can be attributed to global warming and episodes of this may reoccur in the future.

But there are also structural issues. In the last few years, supply always exceeded demand and this contributed to keeping the price low.

Recently, however, the demand for green coffee and, specifically, the arabica variety has grown throughout the world.

Along with traditional solutions, such as expanding the area of cultivation (China is a country to keep an eye on; coffee consumption is growing exponentially there and the country already grows some of its own in small amounts in the mountainous Yunnan region) and experimenting with new blends, there are even more innovative answers to the problem based on advanced scientific research.

Intergastra goes digital from 8 to 10 March 2021, with forums, presentations and talks

Nama announces co-location of Nama Show and Coffee Tea & Water, together in 2021