New study highlights how women have benefitted from Fairtrade certification 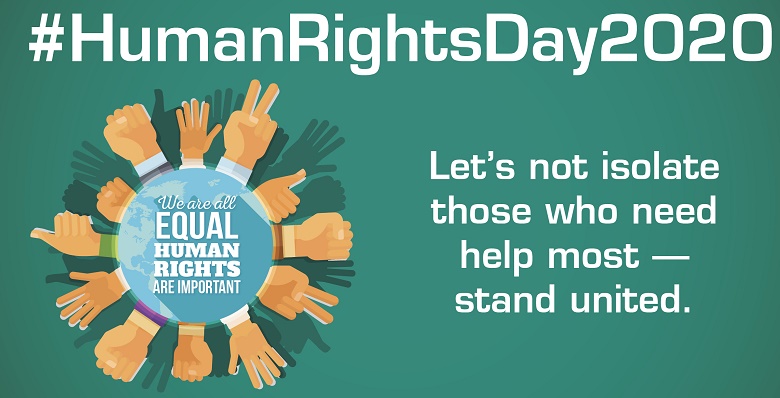 MILAN – A new study from Fairtrade – published on Human Rights Day (December 10) – has explored how women in particular have benefitted from Fairtrade certification, whether through standards that call for equal opportunities for them to participate in producer organisations, investments in women-focused projects, or programmes that train them to be leaders and entrepreneurs. The study, conducted by the Centre for International Forestry Research, aimed to analyse the results of the Fairtrade Gender Strategy 2016-2020, which was introduced to set a clear direction and approach for Fairtrade’s global work on gender.

In addition to a review of literature and existing data, the study focuses on six coffee cooperatives – two each from Guatemala, Indonesia and Kenya – and how they made progress on the three targets of the Fairtrade gender strategy:

The key findings from the study show that Fairtrade’s gender approach is making a difference – and also identifies where more work is needed.

Download the Women’s Access, Equity and Empowerment study [PDF] or read a two-page summary of the report [PDF].

Access and inclusion: progress in participation, despite ongoing barriers

Fairtrade certified cooperatives do better than non-certified ones in women’s representation in leadership positions. Some cooperatives have adopted more proactive recruitment strategies to further address structural barriers to membership. For instance, the cooperative ASOBAGRI in Guatemala is exploring waiving land ownership requirements – a common barrier to women’s membership across the case studies. In Indonesia, women from one cooperative formed their own women’s-only producer group, called Koperasi Ara Aras Awali, to get around the land tenure barrier.

The quality of women’s participation is further improved where women are organised into committees to coordinate and advocate for women’s interests (training needs, access credit to credit, micro-enterprise projects, etc). However, it is important that women’s participation is not only channelled into women-specific groups, but that they have a voice at all levels of governance and decision-making.

While progress has been made, certain barriers to women’s full and equitable participation remain. Women’s roles in governance remain low in number. Women from the six case studies tended to have less knowledge about their cooperative and Fairtrade than men, were less likely to attend meetings, and were less likely to participate in Fairtrade Premium decisions. In addition to lack of land ownership, key barriers to women’s inclusion and participation in producer organisations are: lack of technical knowledge and access to services, such as organic production requirements; gender norms related to household work and childcare, and the associated lack of time to participate in organisation meetings or other activities; lack of access to capital.

These need to be addressed in order to support women’s participation in producer organisations, but they are also central to women’s empowerment.

Best practices in improving women’s empowerment combine gender training and programmes – such as the Women’s School of Leadership in Central America, described in the study – with actions that target specific participation or market barriers.

For instance, Guaya’b cooperative in Guatemala sought to take steps not only in seating more women in positions of leadership within the organisation, but also wanted to target markets that focus on women’s-only coffee production, and planned to organise child care support during harvesting and cooperative meetings so that women with small children could more easily attend.

In terms of economic empowerment, other best practices highlighted in the study include providing access to direct credit or farm inputs; direct depositing payments into women’s accounts; investing in value chain development for women; and developing alternative income-generating projects.

In Kenya, women associated with the Kabnge’tuny cooperative worked through a project called Growing Women in Coffee to change the gender narratives which had previously excluded them from owning coffee bushes or managing the family farm budget. Their husbands transferred at least 50 coffee bushes to their wives’ management, and Fairtrade Africa provided gender-specific training in Good Agricultural Practices (GAP) among other topics. The project also funded the construction of biogas stoves by a newly formed youth in coffee association, to relieve women’s labour burden in collecting firewood as well as reduce pressure on local fuelwood sources.

The women from the two participating cooperatives launched their own coffee brand called Zawadi, meaning ‘gift’ in Swahili, in early 2018. Men’s perceptions changed too: they reported positive views of the women as farm managers, who managed their coffee bushes and income well and contributed to household expenses. Women used their revenue to develop additional income-generating activities and invested in their farms. Women started to participate in decision-making about farm management, and the numbers of men transferring coffee bushes to their wives increased.

Looking ahead: what is Fairtrade ’s role in realising gender transformative change?

The study found, unsurprisingly within the timeframe of a five-year strategy, that Fairtrade has not achieved wide-scale change to existing power structures that reinforce gender inequalities. The authors recommend remaining realistic on Fairtrade’s ability to address broader legal and social systems and focus on interventions and goals within our scope.

Still, there is room to expand Fairtrade’s impact for women farmers and workers in our sphere of influence. For example, the researchers recommend that Fairtrade provides more guidance to producer organisations in drafting their gender policies. The study further recommends to design standards that provide more protections for casual labour in cooperative situations, including the labour of non-member women who are active producers within member or non-member households.

The researchers also suggest that Fairtrade Producer Networks further adapt and scale up successful trainings and programmes such as the women’s schools of leadership (now implemented with many different Fairtrade farmers and countries around the world) and Growing Women in Coffee. Developing supply chain services and market linkages are also key. The Fairtrade Premium, along with external partnerships, provide good sources of investment funding for women-centric projects such as income diversification initiatives and value chain addition.

Find out more about the Fairtrade Gender Strategy 2016-2020