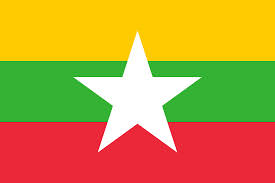 Since the reform process began in Myanmar in 2011, a new cafe scene, one mirroring that of New York or Melbourne, has started to emerge and the race to serve a market thirsty for coffee has begun.

Myanmar is fast becoming the poster child for democratic change.

The reform process and international assistance are helping to transform a nation formerly ruled by a military junta into one of the most desired emerging markets in Asia.

With Western sanctions dropped and Myanmar opening to the world, foreign companies are eager to market their brands to a country starved of international products and a middle class eager to flaunt its wealth in the form of global brands and Facebook images: the most ubiquitous image being that of a selfie with a fancy coffee.

The tea shop is ubiquitous in Myanmar and sweet white tea, tea without milk, traditional and pre-mixed coffee are served throughout the day.

Tea is believed to have been introduced by the British in the early 19th century. Plantations were established in the northern part of the country, where the climate is perfect for tea, and the beverage became extremely popular and readily available at the tea shops which are a distinct element of Myanmar culture.

Tea features in Myanmar cuisine as the famous snack made of pickled tea leaves, la phet tho.  Coffee has also been present for many years as either ground coffee – as well as tea plantations the British also established plantations of Arabica coffee in the highlands – or more recently in the form of 3-in-1 pre-mixed packets of sugar, instant coffee and creamer.

It is this kind of coffee – a hit of sugar and caffeine for a mere K300 in which many Myanmar indulge daily – that is a world away from the globalised image of a café.

In Myanmar, coffee is usually drunk at the roadside teashops that serve as a venue for meeting friends, reading the newspaper and watching the world go by.

The low tables with their tiny chairs are usually packed in the afternoons and early evenings, with the tea and coffee flowing and snacks piled high on the table in a “pay for what you eat” system.

But as more expatriates move to Yangon, demand is growing for coffee shops in the international style, a “third space” separate from work or home.

The growing popularity of this type of cafe is just one conspicuous example of the transformation underway in Myanmar, along with the shopping malls, chic bars and flyovers.

And they are as popular with Myanmar as they are with the expats and tourists seeking a retreat from the heat.

A young Myanmar said he liked the Western-style cafes because “we can hang out like Koreans or Americans”.

But most Myanmar cannot afford a cappuccino frappe, even if they knew what one was, and are content to savour a pre-mix at their local tea shop.

So far, on only one international coffee shop chain is present in Yangon: Black Canyon (a popular chain from Thailand), but Starbucks said last year that it was planning to establish a presence in Myanmar.

Other coffee shops are scattered throughout the city and one that’s attracting attention is Bar Boon, a Dutch deli and cafe next to Bogyoke Aung San market, one of Yangon’s most popular tourist attractions.

The coffee at the Yangon Bakehouse, in the Pearl Condominium complex, and at Sharky’s on Dhammazedi Road, also wins praise from coffee lovers.

In the hills beyond Mandalay, US company Green Mountain coffee has been sipping its way around coffee plantations in an attempt to find an exportable niche.

“We think this will probably become the biggest coffee plantation in the country, and could start a new trend of coffee from Myanmar,” Andrew Rickards, the chief executive officer of Yoma Strategic, told a briefing in Singapore on March 11, Reuters reported.

Cafes and coffee are likely to become lucrative niche markets in Myanmar in the coming years.