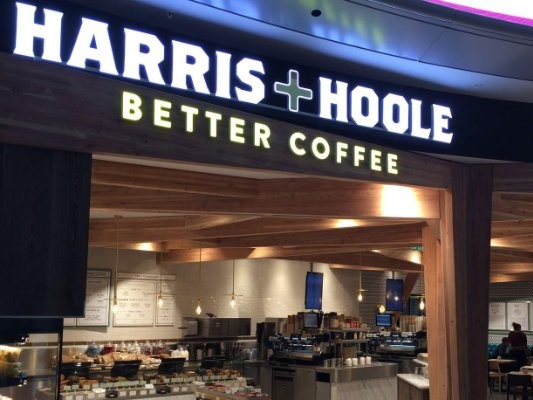 The Aurelia II was the first coffee machine to feature Nuova Simonelli’s T3 technology, the only one able to ensure thermal stability and allow the barista to programme for all varieties of coffee.

The Aurelia II helped thousands of baristas discover the benefits of this innovative technology, beginning with representatives from the various countries that participated in the most recent World Championships, starting with Vienna 2012.

The success of Aurelia II T3 technology has spread rapidly and currently the Aurelia II is found in the most important clubs and coffee shops around the world.

The recently renovated restaurant is in the departure area, near the entrance of the new World Duty Free.

Harris + Hoole is a perfect place for passengers who – thanks to a Nuova Simonelli Aurelia II- can take advantage of an espresso before embarking on their journey, or for those in transit who want to relax with a coffee between flights.