Nestlé Board of Directors to propose Paul Bulcke as chairman 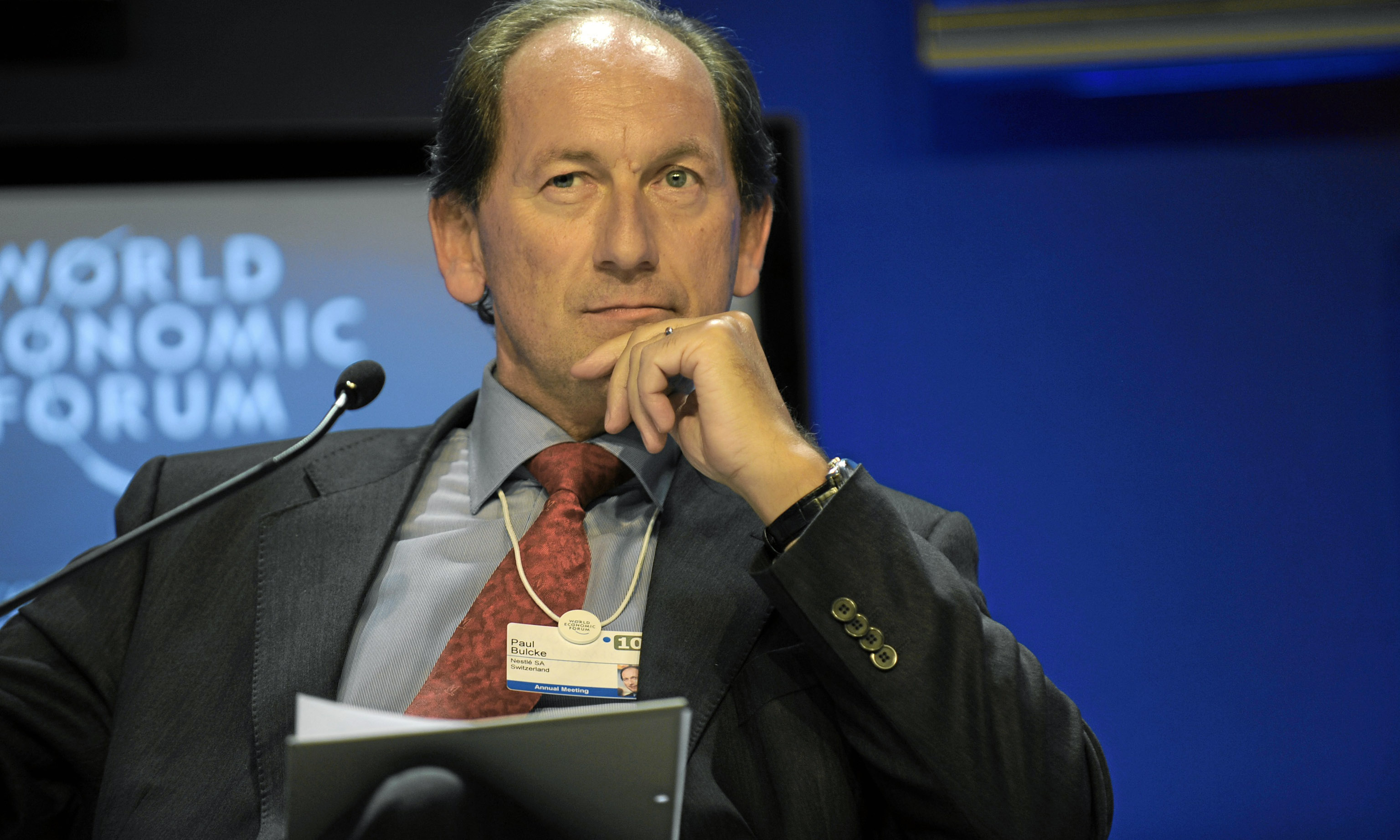 VEVEY, Switzerland – At the 150th Annual General Meeting of Nestlé S.A. on 6 April 2017, Peter Brabeck-Letmathe, Chairman of the Board of Directors, will not stand for re-election in line with the company’s Articles of Association.

Mr Brabeck-Letmathe, having served Nestlé for 50 years, of which 14 years on the Executive Board, 11 years as CEO and 12 years as Chairman, will have reached the mandatory age of retirement and will relinquish all his Board functions.

The Board of Directors has decided to propose Paul Bulcke (in the picture), Nestlé’s current CEO, for election as Chairman at the next Annual General Meeting on 6 April 2017.

In order to prepare for this future role as active, non-executive Chairman and respect a minimum cooling-off period, Mr Bulcke will resign from his present position as CEO on 31 December 2016.

Paul Bulcke was appointed CEO and member of the Board of Directors on 10 April 2008 and, under his successful leadership at the helm of the company for over 8 years, Nestlé has experienced industry-outperforming development and made further progress in its journey to become the leading Nutrition, Health and Wellness company.

In today’s extraordinary Nomination Committee and full Board of Directors meetings, the Board reconfirmed the long-term orientation for Nestlé as a Nutrition, Health and Wellness company and expressed the intention of fully integrating both Nestlé Health Science S.A. and Nestlé Skin Health S.A. into the Nestlé organization reporting directly to the CEO of Nestlé S.A. from 1 January 2017.

With this reconfirmation of the long-term strategy and the organizational integration in mind, the Board today unanimously decided to appoint Ulf Mark Schneider as the new CEO of Nestlé S.A., starting on 1 January 2017, and propose him for election to the Board of Directors at the 2017 Annual General Meeting.

Ulf Mark Schneider, 50 years old and a German and U.S. citizen, has been CEO of Fresenius Group since 2003. He is a graduate of the University of St. Gallen with both a graduate and a doctoral degree, and also holds a Harvard Business School MBA.

Fresenius, which offers high-quality products and services for dialysis, hospitals and outpatient treatments, has prospered strongly under the leadership of Mr Schneider over the past 13 years. Today, with over 220,000 employees in more than 100 countries and annual sales €28 billion, Fresenius is one of the world’s leading diversified healthcare companies.

In order to ensure a smooth hand-over phase, Mr Schneider will join Nestlé on 1 September 2016 for an introductory period.

Together with Paul Bulcke, who is highly experienced in the area of fast moving consumer goods, the new team is ideally suited to accelerate Nestlé’s journey to become the world’s preeminent Nutrition, Health and Wellness company whilst fostering Nestlé’s values and principles.

Nestlé Chairman Peter Brabeck-Letmathe: “With the proposed appointment of Paul Bulcke as Chairman of the Board and Ulf Mark Schneider as CEO, the Board has increased the company’s capabilities to accelerate Nestlé’s journey to become the world’s preeminent player in the Nutrition, Health and Wellness sector.

Together with our excellent executive team, Nestlé is well prepared to face the increasingly difficult external environment and deliver on both its long-term and short-term performance goals.”

Nestlé CEO Paul Bulcke: “I thank the Board for their confidence in proposing me as Chairman and I’m looking forward to working with Ulf Mark Schneider for Nestlé’s continued success. Ulf Mark Schneider brings to Nestlé a wealth of proven and seasoned professional and personal skills which will blend very well with Nestlé’s experienced management and company culture.”

Ulf Mark Schneider: “I am honored and excited to have the opportunity to join Nestlé. This is a truly iconic global company with a proud heritage and tremendous future prospects.

With consumers around the world taking a deeper interest in their personal health and wellbeing, Nestlé’s industry-leading global food and beverage business positions it well for advancing the vision of Nutrition, Health and Wellness. I very much look forward to working with the Nestlé team and all Nestlé stakeholders as we continue to pursue this vision.”