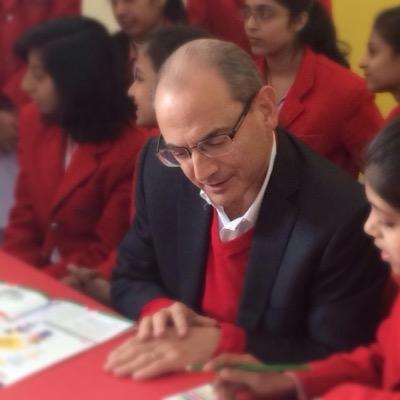 José Lopez, Executive Vice President in charge of Operations, will take a well-deserved retirement at the end of September 2015 after a long and distinguished career of 36 years in the Group and having joined the Executive Board in 2007.

The Board of Directors thanks him for his important contributions to the Group and has appointed Magdi Batato (in the picture), currently Market Head of Pakistan, as member of the Executive Board, to succeed José Lopez as Executive Vice President in charge of Operations, effective 1 October 2015.

Magdi Batato, a Swiss national with a PhD in mathematics and physics from Ecole Polytechnique Fédérale de Lausanne and an MBA from INSEAD, joined the Group in Switzerland in 1991 as an engineer. His factory and production management experiences took him to Germany, Lebanon and South Africa.

In 2004, he was transferred to Malaysia as Executive Director of Production and, in 2009, he moved to Nestlé UK and Ireland as Head of Group Technical.

In May 2012, Magdi Batato was appointed Market Head of Pakistan. He has extensive experience in the manufacturing and technical area, combined with business experience in both developed and emerging markets which make him perfectly prepared for this key role in the Group.

Nestlé CEO Paul Bulcke: “One of José Lopez’s greatest achievements was the introduction of our comprehensive efficiency programme, Nestlé Continuous Excellence (NCE), and, over the years his passion for quality and sustainability, his drive for societal engagement and his interest in people have served our company well.

We thank him for his dedicated service over the past 36 years and wish him all the best for the future. In his different roles and responsibilities over the past 24 years, Magdi Batato has acquired wide-ranging technical skills and business experience covering both emerging and developed markets.

His strong leadership, including in challenging social and economic conditions, make him uniquely suited to lead Operations into the future.”