Kit Kat manufacturer Nestlé has adopted the new UN Guiding Principles on Business and Human Rights, while Milka maker Mondelez has increased the transparency of its palm oil and cocoa supply chains 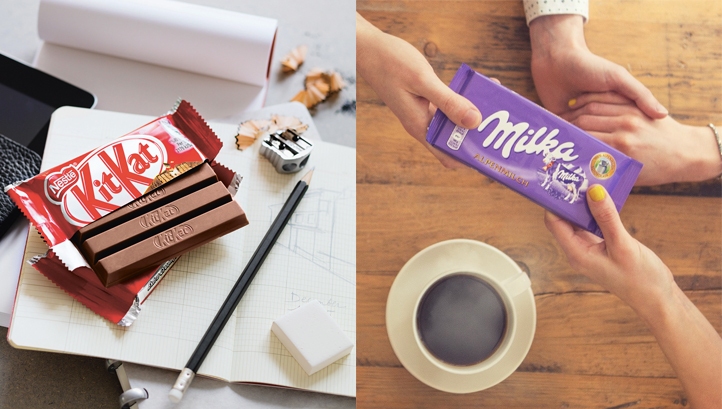 Global food and beverage firms Nestlé and Mondelez International have both ramped up sustainable business efforts over the past year, with an increased commitment to supply chain transparency, according to their respective CSR reports.

Swedish transnational Nestlé is continuously improving its coffee supply chain and claims to have delivered exemplary human rights and labour practices throughout its business activities over the past year, while Mondelez has positively influenced supply chain partners in both the palm oil and cocoa sectors, enabling the US firm to drive positive change and reduce deforestation.

In its Creating Shared Value report, released last week, Nestlé revealed it has become one of the first companies to adopt the new UN Guiding Principles on Business and Human Rights (UNGP) Reporting Framework, which will permit external stakeholders to monitor its progress in this area. The firm has identified a list of 11 key human rights issues at risk of negative impacts through its business activities in order to meet growing expectations for more transparency.

Moreover, Nestlé’s coffee supply chain traceability results for the year show that 56% of the 849,000 tonnes of coffee sourced by the company in 2015 was responsibly obtained and traceable back to farms and plantations. This result is especially significant considering that the company sourced around 10% of the world’s total coffee production in 2015 for all of its coffee brands, which includes Nescafé.

The Nestlé report reads: “Responsible sourcing is an essential part of ensuring a sustainable future for our business. Consumers and stakeholders increasingly want to know where the foods and beverages they buy originate from, how they are produced, and that laws and standards on key issues, such as labour conditions, animal welfare and environmental protection, are adhered to in the sourcing and manufacturing processes.

“Responsible sourcing places shared responsibility on all parties in the supply chain to address the economic, social and environmental issues that can affect our supply of ingredients and the livelihoods of the people who produce them.”

Meanwhile, fellow nutritional multinational Mondelez has displayed an increased commitment to transparency within its palm oil and cocoa supply chains. In its Call For Wellbeing report, also released last week, the world’s largest chocolate company revealed that 90% of its palm oil suppliers were tracing oil back to the mill in 2015, having already exceeded its target to responsibly source 100% of palm oil two years early.

More than 76,500 smallholder farmers in 795 communities saw a significant increase in their income and cocoa yield through Mondelez’s signature Cocoa Life programme. The company reports to now be on course to ultimately sustainably source all of its cocoa – 21% of its cocoa was sourced sustainably in the previous year, more than double the figure of 2013.

“Our commitment goes beyond generating a sustainable cocoa supply for years to come,” said Mondelez International global chocolate president César Melo. “It’s deeply rooted in a desire to help cocoa farmers and their communities thrive. We are providing communities the tools they need to create inspiring places to live and work.

“Cocoa Life’s groundbreaking, holistic approach links cocoa farming with community development. This is truly innovative, and we believe it will have a lasting, transformational impact.”

Both Nestlé and Mondelez reported good progress in the majority of other key sustainability goals respectively set for the companies.

Nestlé reduced its direct greenhouse gas (GHG) emissions per tonne of product by 35% against a 2005 baseline, resulting in an absolute reduction of GHG emissions. In 2015, the company also reduced waste for disposal by 28% and, since 2005, Nestlé has reduced total waste for disposal by 62% to 165000 tonnes. Nestlé factories withdrew 41.2% less water per tonne of product than they did 10 years ago.

These two CSR reports follow the arrival of new research from WWF which highlighted that a large number of leading consumer goods companies and retailers have failed to take meaningful action to source sustainably produced soft commodities derived from forestry, farming and fisheries despite commitments.

The Slow Road to Sustainability report analysed the sustainable sourcing practices of member companies of the Consumer Goods Forum – which includes Nestlé and Mondelez – and concluded that just 22 out of the 256 member companies have made “quantified and timebound commitments for all or the majority of the commodities that are material for their business”. Neither Nestlé or Mondelez were named within the 22 ‘frontrunners’ of sustainable sourcing.

WWF urged the major companies to commit publicly and unambiguously to credibly certified sourcing of their key commodities, and improve transparency by disclosing progress against timebound sustainable sourcing plans.

Realising the reputational, efficiency and economic benefits of a truly sustainable supply chain has become a core objective for multinational firms and ambitious SMEs alike.

But while the paybacks are clear to see, the process of identifying material issues within supply chains; formulating an ethical and responsible CSR strategy, and communicating that strategy both internally and externally is a complex and challenging endeavour.

Now in its fifth year, the edie Sustainable Supply Chain Conference will discuss all of these issues and more, on 6 July in London.