VILLORBA, Treviso, Italy – The Board of Directors of Massimo Zanetti Beverage Group S.p.A. (MZB Group), one of the leading brands worldwide in the production, processing and marketing of roasted coffee, listed on the Milan Stock Exchange (MZB.MI), approved on March 5, 2020 the draft consolidated results for the financial year ended 31 December 2019 and proposed a dividend of 0.19 euros per share, pay out 42.6%.

Massimo Zanetti, the Group’s Chairman and Chief Executive Officer, said: ‘In 2019, the turnover rose by 2.6% at current forex, highlighting a progressively improving trend over the recent months. Specifically, the Food Service and Mass Market channels improved in all the main markets in the fourth quarter of the year.

Sustainable products performed particularly well, including the San Marco bio-compostable capsules, which were awarded product of the year 2019 in France, our Bean Ground and Drunk Australian coffee, the first certified organic coffee in Australia which was crowned Certified Organic Non-Alcoholic Beverage of the Year 2019, and the new Segafredo Premium D’Arome Bio blend, which brought MZB Group back to head the rankings of the products for the year 2020 in France.

(*) before non-recurring items of Euro 3.5 million and excluding the effects of the adoption of IFRS 16 accounting standard.

This is a result of a positive performance of all channels in the fourth quarter and of the positive contribution of the acquisitions of the year.

Southern Europe, which recorded a decrease by 1.2 thousand tons, has progressively improved over the last few months of the year in the Mass Market channel and showed positive results in the Food Service and Private Label channels.

Mass Market increased 0.7% at current forex (-1.1% at constant FX) compared with 2018. The channel showed a progressive improvement in all the geographical areas in the last quarter (+6.8% compared to the fourth quarter of 2018), after a first half negatively affected by the weakness of the Americas and the timing effect of the introduction of the renewed Segafredo product range in Italy.

The Private Label revenues are explained by the slight decrease of roasted coffee sales price as a consequence of the reduction of the cost of green coffee.

Revenue in the Americas, at Euro 405,7 million in 2019 was down 2.2% at constant exchange rates compared with 2018, attributable to the Private Label channel, due to the slight decrease of roasted coffee sales price, a consequence of the decrease of the cost of raw material (green coffee).

The Mass Market shows an improving trend in the fourth quarter while the food service channel is up double digit.

Revenue generated in Northern Europe, increased 1.4% at constant exchange rates compared to 2018, showing a solid performance in the Mass Market in the second part of the year.

Revenue in Southern Europe decreased by 3.0% compared with 2018, due to the sales prices adjustment in the Private Label and the timing of the introduction of new Segafredo products in the Italian Mass Market.

Asia-Pacific and Cafés, which also includes the revenue generated by the international network of cafés, posted revenue of Euro 98.1 million, with a growth of 19.0% at constant exchange rates compared with 2018, also reflecting the Australian acquisition.

The increase in Gross Profit from the sale of roasted coffee (+2.3%) is mainly due to the positive impact of the increase of volumes (+2.8%) partially compensated by the trends in sales and purchase prices respectively of roasted and green coffee and the different mix in the sales channels.

Ebitda adjusted amounts to Euro 84.0 million compared to Euro 73.7 million of 2018. This result was attributable to:

Ebitda adjusted of 2019 excludes non-recurring costs of Euro 3.5 million, mainly related to reorganization plans launched at the subsidiaries as well as the re-launch of the Segafredo Zanetti brand in the Mass Market channel in Italy.

Operating income (EBIT) is equal to Euro 34.0 million, a decrease of 2.4 million compared to 2018. In addition to that disclosed about EBITDA, the decrease is mainly attributable to the increase in amortization and depreciation, equal to Euro 11.6 million.

This is mainly a result of the first application of IFRS 16, from January 1, 2019, that raised amortization and depreciation by Euro 9.3 million and by the foreign rates fluctuations impact for Euro 0.6 million.

The net profit is equal to Euro 15.3 million, a decrease of Euro 4.6 million compared to 2018. In addition to what was previously described for the operating profit, this decrease is also due to the combined effect of:

Net debt, excluding the effect of the IFRS 16 adoption, is equal to Euro 219.3 million compared to 174.7 million at December 31, 2018. This increase is mainly due to the following:

Excluding IFRS 16 effect and the acquisition of Café Pacaembu net debt would have amounted to Euro 194.0 million at December 31, 2019.

In view of the results achieved in 2019 and considering current trends, the expectations relating to the performance of the MZB Group for 2020, assuming the absence of extraordinary transactions, are as follows: 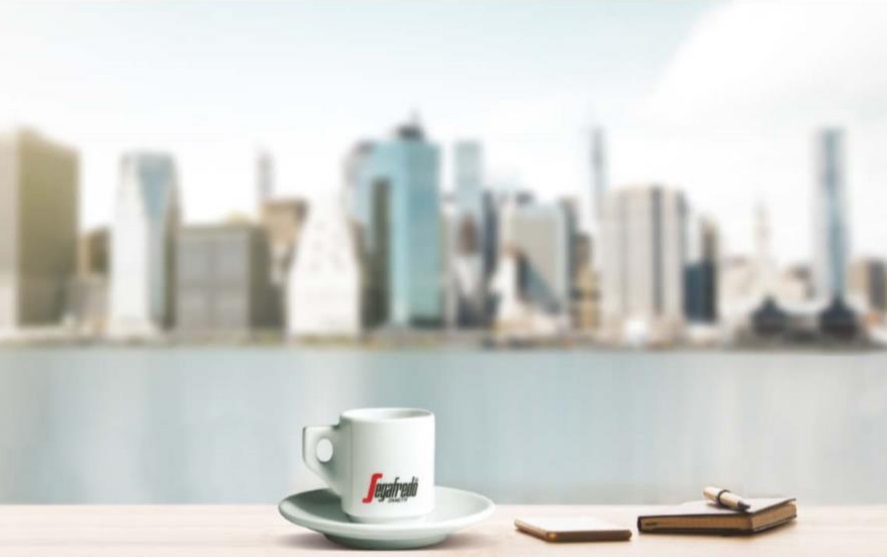 MZB Group: Financial statement of the parent company proposed dividend, other resolutions and calling of the shareholders’ meeting

The Board of Directors also approved the financial statements of the parent company, Massimo Zanetti Beverage Group S.p.A., the annual report on corporate governance and ownership structure and the 2019 Consolidated nonfinancial statement (pursuant to Italian d. Lgs. n. 245/2016).

The Board of directors resolved to propose to shareholders the distribution of a gross dividend of Euro 0.19 per ordinary share, for a total of approximately Euro 6,517,000.

Furthermore, at the end of the Board of Directors’ meeting, Pilar Braga resigned from her post of non-executive director of the Company, effective from March 6, 2020, to embark on a new professional path.

In accepting Pilar Braga’s resignation, the Chairman, also on behalf of the entire Board of Directors, expressed his heartfelt gratitude to Pilar Braga for her dedication, commitment and professionalism, which contributed to the growth of the Group. Based on the information provided to the Company, Pilar Braga does not hold directly or indirectly shares of the Company.

The shareholders were called in a meeting, including in an extraordinary session, to amend the By-laws and bring them into line with the new legal provisions on gender balance in the bodies of listed companies.

The notice of call of the Extraordinary and Ordinary Shareholders’ Meeting of 22 April 2020 and all the relevant documents will be made available to the public, in accordance to the law, on the company website (www.mzbgroup.com, section IR shareholder information/shareholders meeting), and at the registered office of Massimo Zanetti Beverage Group S.p.A. and through the storage mechanism www.emarketstorage.com.