Moody’s sees alternative beverages entering the mainstream in the U.S. 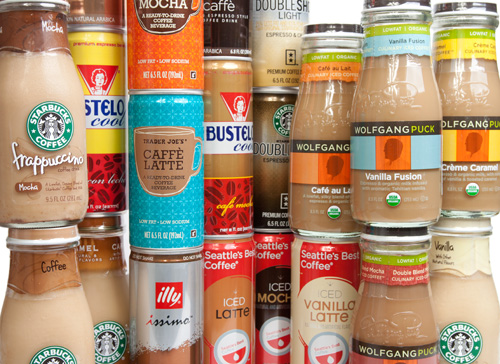 NEW YORK — Moody’s Investors Service sees carbonated soft drink consumption in the United States continuing to slide and some of that market share being replaced by what the service calls “alternative beverages.”

“Alternative beverages still comprise a smaller part of the U.S. beverage market than carbonated soft drinks, but sales will continue to grow as consumers focus more on the various benefits they can provide,” said Linda Montag, a senior vice-president at Moody’s.

“For their part, beverage makers are focusing on value rather than volume, since alternative beverages command higher prices per oz and are therefore more profitable.”

Buoying the case for the rise of alternative beverages is the current state of the U.S. economy, according to Moody’s.

Rising real household income and accelerating wage and disposable income growth means more consumers are willing to buy alternative beverages, which tend to have a higher price-point due to a premium position in the market.

Alternative products are typically sold in smaller, often single-serve packages, rather than in multipacks or large volume, multi-serve containers. As a result, they tend to command higher prices per oz than traditional beverages and generate more profit for both retailers and manufacturers.

Moody’s said many factors will continue to fuel the shift away from carbonated soft drinks and make alternative beverages more desirable.

Among the factors cited are health conscious millennials consuming the beverages for reasons other than taste, including health and wellness, athletic recovery and improved energy.

Younger consumers with more diverse palates will also experiment with new types of beverages, including those flavored with herbs, plants and spices.

Taxes on sugary beverages as well as those for sweetened with low- and no-calorie sweeteners may also play a role in driving carbonated beverage consumption down.

Such large beverage manufacturers as The Coca-Cola Co. and PepsiCo, Inc. have been enhancing their product portfolios with alternative beverage options.

Moody’s said the large beverage companies will have to differentiate their alternative beverage portfolios from a multitude of smaller competitors in the market.

Giving the larger companies a distinct advantage is the size of marketing budgets and having established, efficient distribution systems in place.

The Coca-Cola Co. and PepsiCo are better positioned to grow their alternative beverage footprints than the Dr Pepper Snapple Group, because of their large scale, high cash balances and strong free cash flow, according to Moody’s.

The advantages may be used to fund smaller acquisitions without material affecting their credit profiles.

“We expect Coke and Pepsi to continue to make tuck-in acquisitions in the alternative beverage space,” Moody’s said.

“It will need to rely mostly on its allied brand system, under which it partners with brands it does not own, to grow a strong alternative beverage portfolio,” the ratings agency said.