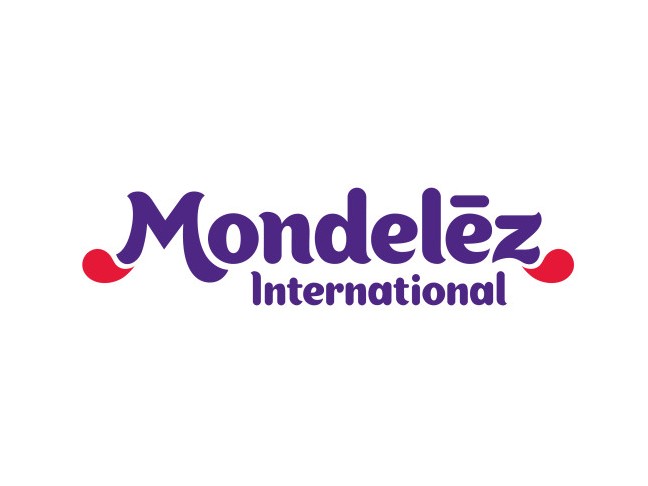 In addition, the company increased its share repurchase authorization by $6.0 billion and extended the expiration by two years to December 31, 2018.

“With the creation of the coffee joint venture now complete, our portfolio is focused even more on snacks. In addition, we’re continuing to make excellent progress driving supply chain productivity and overhead cost reductions to deliver top-tier margin expansion and earnings growth. This provides additional fuel to step up investments in marketing, sales and capacity expansion to accelerate revenue growth and improve market share, both now and over the long term.

“We’re building upon this strong year-to-date performance, and have updated our 2015 outlook accordingly. For full year 2015, we’ve increased our organic revenue growth target and expect to capitalize on the margin expansion momentum in our base business to offset the margin dilution related to the coffee transaction. As a result, we remain on track to deliver double-digit Adjusted EPS growth on a constant currency basis, and are increasingly confident in our ability to deliver our 2016 Adjusted Operating Income margin target of 15 to 16 percent.” 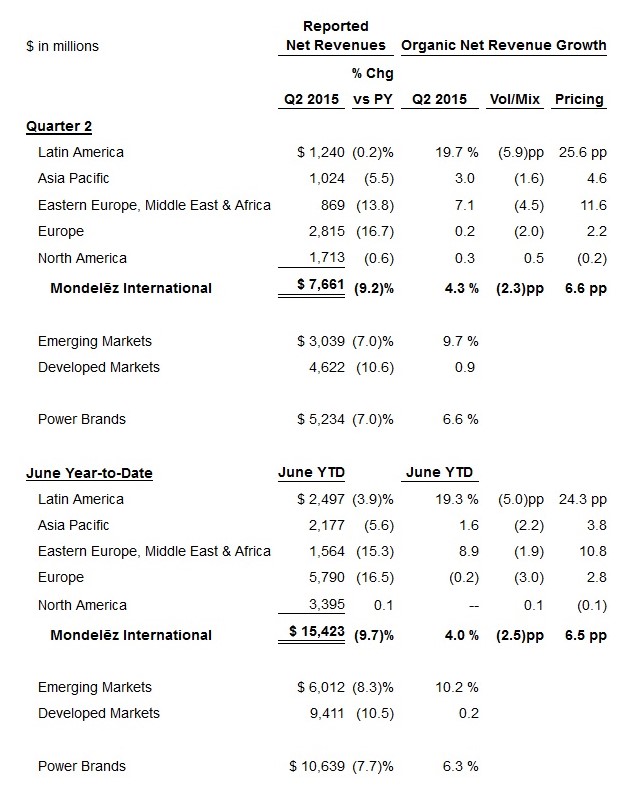 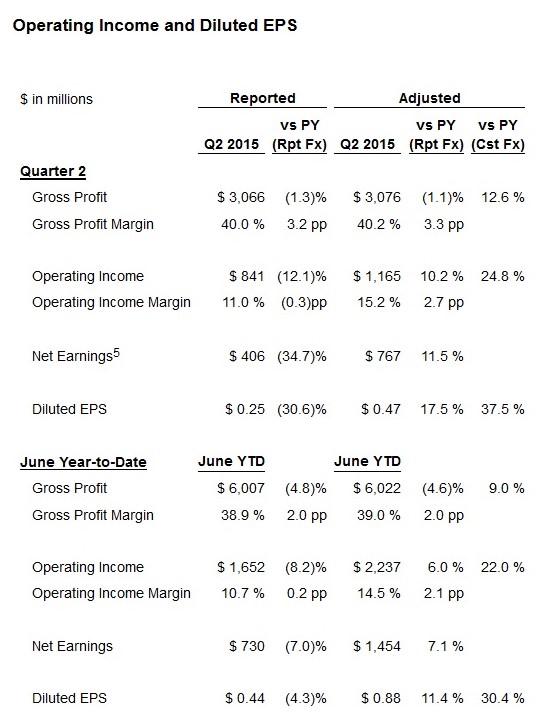 Adjusted Gross Profit1 margin was 40.2 percent, up 330 basis points. The improvement was driven by record net productivity and a 150 basis point benefit from mark-to-market adjustments associated with commodities and currency hedging.

Adjusted Operating Income margin expanded 270 basis points to 15.2 percent. The company made good progress in reducing overhead costs as a percent of revenue by leveraging zero-based budgeting and other cost-saving tools. However, total selling, general and administrative expenses increased as the company significantly stepped up advertising and consumer support in each region, especially behind its Power Brands.

The company’s Board of Directors approved a $6.0 billion increase to the company’s share repurchase authorization from $7.7 billion to $13.7 billion and extended the expiration by two years to December 31, 2018. In the first half, the company repurchased nearly $2.2 billion of its common stock at an average price of $37.17 per share.

The company combined its global coffee business with D.E Master Blenders 1753 B.V. on July 2, 2015, to create Jacobs Douwe Egberts. As a result of the transaction, the net revenue and costs associated with the company’s global coffee business will no longer be included in the company’s income statement in future reporting periods. Beginning in the third quarter 2015, the company will reflect its proportional share of JDE’s after-tax income, as well as after-tax income related to its other non-consolidated joint ventures, in equity earnings, which are not included in operating income.

Separately today, via a Form 8-K being filed with the Securities and Exchange Commission, the company is providing pro forma non-GAAP financial results that reflect the reclassification of the coffee business net revenues and costs, as well as the reclassification of after-tax income related to its other non-consolidated joint ventures, from operating income to equity earnings to facilitate comparisons of historical and future results. These pro forma adjusted financial results serve as the basis of the company’s updated 2015 outlook, as described below.

For the second half and full year 2015, the company increased its Organic Net Revenue growth outlook to at least 3 percent to reflect its strong year-to-date performance. The company previously expected full year Organic Net Revenue growth of at least 2 percent including the coffee business. The company’s updated target is versus the company’s pro forma revenue of $15.2 billion and $30.5 billion for the second half 2014 and full year 2014, respectively.

In addition, the company estimates currency translation will reduce net revenue growth in the second half 2015 by approximately 11 percentage points due to the strengthening of the U.S. dollar versus other currencies.

The company updated its Adjusted Operating Income margin outlook to reflect the strong year-to-date margin expansion for its ongoing business and continued progress with its cost-reduction programs. The underlying strength of the company’s ongoing business is expected to largely offset total estimated margin dilution of 75 to 100 basis points related to the coffee business transaction, including the temporary impact of stranded overhead costs, and the reclassification of after-tax income from interests in non-consolidated joint ventures from operating income to equity earnings that are not included in operating income.

For full year 2015, the company expects Adjusted Operating Income margin to be approximately 14 percent, excluding a negative 20 to 30 basis point impact from stranded overhead costs. The company anticipates offsetting all stranded overhead costs by the end of 2015. The company previously targeted an Adjusted Operating Income margin of approximately 14 percent, including the coffee business.

For the second half 2015, the company expects Adjusted Operating Income margin to be at least 14 percent.

For 2016, the company reaffirmed its Adjusted Operating Income margin target of 15 to 16 percent as it continues to make progress in executing its supply chain and overhead cost reduction programs.

For 2015, the company reaffirmed its target of double-digit Adjusted EPS growth on a constant-currency basis, despite absorbing the dilutive impact of the coffee transaction. The company estimates currency translation to reduce 2015 Adjusted EPS by approximately $0.336.

Mondelēz International will host a conference call for investors with accompanying slides to review its results at 10 a.m. ET today. Investors and analysts may participate via phone by calling 1-800-322-9079 from the United States and 1-973-582-2717 from other locations. Access to a live audio webcast with accompanying slides and a replay of the event will be available at www.mondelezinternational.com/Investor. The company will be live tweeting from the event at www.twitter.com/MDLZ.