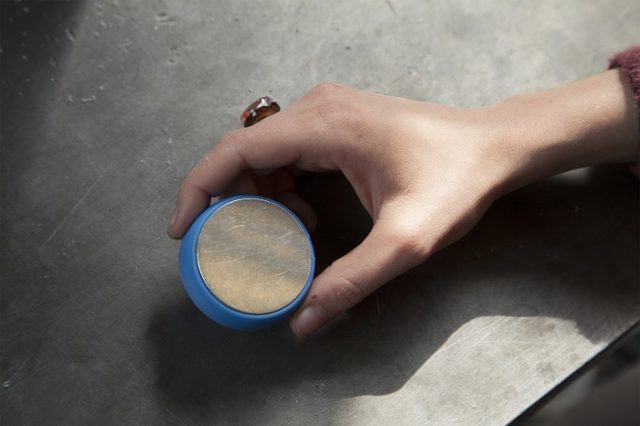 CAMBRIDGE, U.S. – Coffee Cookie is nothing but a small drink warmer that can heat up to 90-degree celsius and is even rechargeable and portable.

MIT Students Gabe Alba and Victoria Gregory are the brains behind this invention which they believe will bring a major change in people’s coffee consumption habits.

Their new device is circular in dimension and can easily fit in beneath a disposable paper coffee cup.

Whether it is coffee or any other drink, the device heats up to maintain its temperature when desired. Simply saying, your cold coffee will soon be turned hot whenever you need if you have the Coffee cookie.

Gabe and Victoria both envisioned this idea early in their Production Engineering Classes and continued to believe in it. They soon developed a prototype and devoted their energy to bring this product to the market.

They did an online survey of 300 people and found out that many of them were reluctant to have a taken-out coffee which turned cold.

Their idea was to solve this problem by keeping the drink hot for 15 minutes and not for a very long period. Thus, came the coffee cookie, a device which is although being small, has a large market implication.

Gabe and Victoria both have a flair for engineering and science since their childhood.

They always wanted to develop a product that is not only new but can also solve a problem. With the coffee cookie, both of them are eyeing to address a particular problem and thus, are pursuing their entrepreneurship dreams.

At first when they presented their idea in front of the Sandbox Innovation Foundation, not only they were appreciated but were also awarded a $10,000 grant to continue their activities.

They are now working on it and are awaiting a patent-approval. Within April 2017, they will be releasing 1,000 coffee cookies in the market and based on the response will decide the next course of action.

Just like Gabe and Victoria, many engineers possess similar passion and ideas. Their efforts prove us that everything is achievable if the proper input is given.

Though chances of failure also exist but they are well determined to learn from it and that will keep them moving ahead in their entrepreneurship journey.

Their work inspired the engineer inside me and I hope will definitely inspire others to develop something new and something creative.

InventHelp inventors develop convenient cup holder for use when enteri...