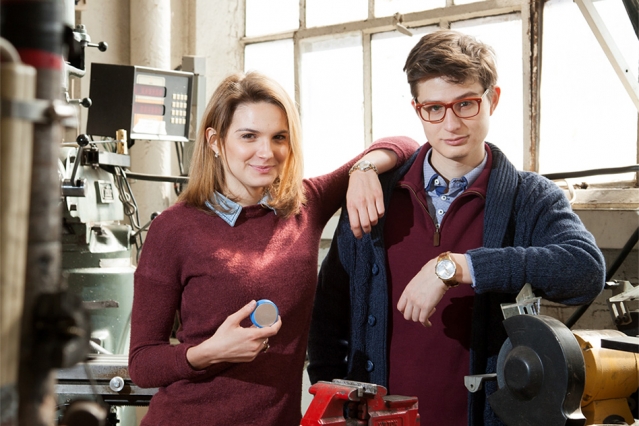 CAMBRIDGE, Massachusetts, U.S. – Any college student will tell you that coffee is often a key ingredient to surviving those stressful days of college when hours of slumber are in short supply.

When cost-conscious college students splurge on expensive to-go coffee from places like Starbucks or Dunkin Donuts, they want to savor every drop of that hot, precious beverage.

Get sidetracked for a minute, however, and that hot beverage is suddenly not so hot, literally. To extend the amount of time your coffee stays warm, two recent MIT graduates created the Coffee Cookie.

Conceived by the duo during an exercise in a Product Engineering class, the Coffee Cookie is a small circular device that attaches to the bottom of a disposable coffee cup and heats the liquid within up to 90 degrees Celsius and resembles…you guess it, a cookie.

Powered by a rechargeable battery, the device can be recharged for daily reuse.

After conducting some initial research via an online survey of 300 people, Gregory and Alba determined that respondents—especially millennials—are likely to pitch takeout coffee once it loses heat, typically tossing the final third of the cup.

The research results indicated that the device would not need as big of a battery as initially thought, making their burgeoning idea do-able. 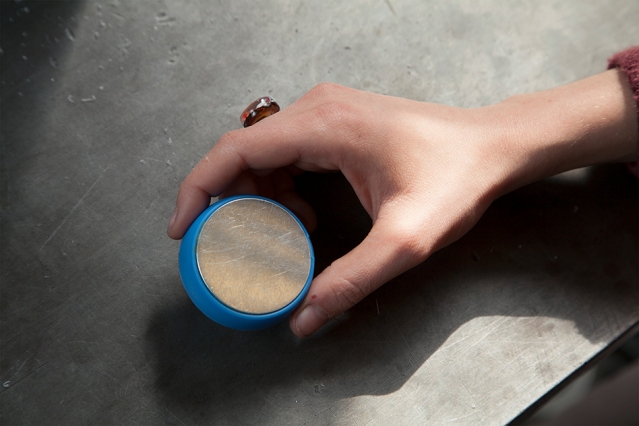 Bringing an idea to life

Hatching an idea for a new product is just the first of many arduous steps for startups. Like any entrepreneurs, Gregory and Alba had to figure out how to bring their idea to life. During the pair’s sophomore year, they both learned how to use SOLIDWORKS for a class project to design a robot.

While Gabriel had previous experience using a suite of Autodesk products during high school, he felt more comfortable using SOLIDWORKS. “SOLIDWORKS just clicks more with the way I think and the way I design products,” says Alba.

The pair pitched their idea to the board of Sandbox Innovation Fund Program at MIT where they were awarded $10,000 to seed their startup. Over winter break from school, the two embarked on creating prototypes of the device.

Making use of both dorm rooms and student maker spaces, the two put in long hours over those four weeks, sometimes up to 24 hours straight.

In a single day, they designed and 3D printed the device so they would have a physical proof of concept.

While the first one lacked the sophistication of typical prototypes—part of which were held together with hot glue—the pair soldiered on creating several more prototypes that would fit a variety of disposable cups.

With a very limited budget and a tight timeframe with which to work, the students knew that any mistakes made along the way could jeopardize the project.

To prevent that from happening, the two unleashed the power of SOLIDWORKS Plastics Simulation software to simulate the plastic flow into the plastic molds that would be used to create the plastic casing for the device’s battery.

“SOLIDWORKS Plastics would tell us what size to make the gates and how to set up our parameters,” says Gregory. “An experienced mold maker could probably make an educated guess but we wouldn’t know. If we had a part short shot, we would have had to re-make the whole model so using the software saved us a lot of time over doing it from scratch.”

To create the printed circuit board (PCB), they used CircuitWorks so they could closely coordinate the design of both the mechanical and electrical components of the device, again mindful of the impact any error would have on their short design cycle.

“SOLIDWORKS is such a great learning tool and saved us so much time to do this project, while maintaining a full class load at MIT,” says Alba. “SOLIDWORKS has been our best friend for this project.”

Once the prototype was complete, the pair decided to ramp up to 1,000 units. They ordered 1,000 batteries from China and spent their time since graduating from MIT in May assembling the units.

Recently Gregory and Alba moved to New York City to explore possible avenues through which they can sell their Coffee Cookies to consumers, where they will target mothers, college students, young professionals and busy executives who must get their caffeine fix on the run but still like it hot.