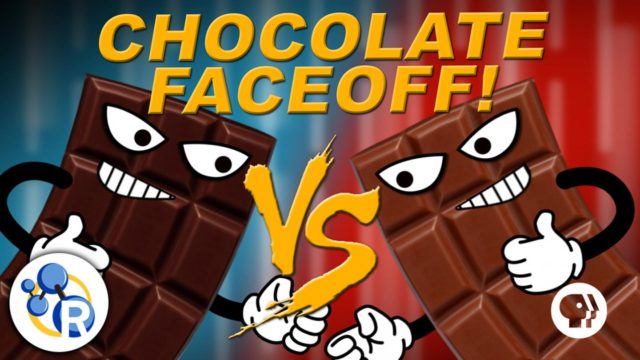 WASHINGTON, U.S. – Valentine’s Day is nearly here. Whether you’re spending it with your significant other or flying solo, chocolate is often in the mix.

But which is the better choice: milk or dark chocolate?

Reactions pits the two against each other in a scientific showdown, highlighting research on chocolate’s potential health benefits, flavor, aphrodisiac properties and more.

Reactions is a video series produced by the American Chemical Society and PBS Digital Studios.

The American Chemical Society is a nonprofit organization chartered by the U.S. Congress.

With nearly 157,000 members, ACS is the world’s largest scientific society and a global leader in providing access to chemistry-related research through its multiple databases, peer-reviewed journals and scientific conferences.

The American Chemical Society does not conduct research, but publishes and publicizes peer-reviewed scientific studies. Its main offices are in Washington, D.C., and Columbus, Ohio.

Schaerer at Internorga 2020: Here is how coffee expertise meets individuality