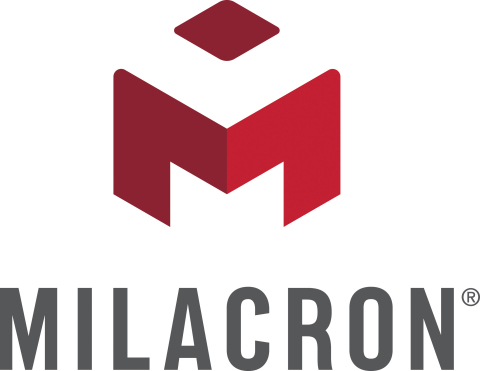 Milacron Holdings Corp. has sold both the first Klear Can production system, and the use of the company’s Kortec coinjection technology to make single-use coffee pods that are fully recyclable.

Milacron announced both news items on July 18 — but the company did not identify the customers for either one.

Milacron’s Klear Can is a see-through food package designed to replace the traditional tin can for food such as fruits, vegetables, soups and meats.

Milacron said the breakthrough has “led to the first major commercial sale of the production system for a large brand owner focusing on tropical fruits.” Klear Cans made on the production line will hit store shelves by the first quarter of 2017.

Plastics News reported in May that Del Monte Pacific Ltd. was in final talks for the Klear Can technology. Del Monte Pacific, a major supplier of pineapple, tomatoes and fruit juice, is listed on stock exchanges in Singapore and the Philippines.

But Michael Ellis, Milacron’s director of marketing and communications, said in an email that the company is “not providing the name of the brand owner” at this time. Company officials also would not comment on Del Monte Pacific, he said.

“We can note that we are working with multiple brands and converters at a global level,” Ellis said.

He said Milacron will feature a Klear Can system with in-mold labeling at the K show in Germany, Oct. 19-26.

For the coffee pods, Milacron said Kortec technology enables the pods to be 100 percent recyclable.

A key benefit of the injection molded coffee pod is the ability to mold-in features that replace the addition of filters and other costly components, Morris said. It also eliminates the need for a second molding process, scrap, assembly costs and part weight, he said.

Most single-use coffee pods are thermoformed from polystyrene, and are not recyclable, Milacron said. Cups made by the Kortec process are made of polypropylene.

Plastics News reported last fall that Keurig Green Mountain Inc. was transitioning its K-Cup to a fully recyclable PP, according to a speech by an executive at the publication’s Plastics Caps & Closures Conference.

Is Keurig the Milacron customer?

“We are not providing this information at this time,” Ellis said. “There are currently coffee pods being offered on store shelves produced on our technology platform.”

Milacron officials may give more details during the company’s second quarter financial report on July 28.