MILAN – Australia’s Bureau of Meteorology has confirmed the high probability of an emerging El Niño at 70 per cent and that it will begin to be felt as early as July.

“The tropical Pacific Ocean has warmed steadily in recent months, with large warm anomalies in the ocean sub-surface (5-day values up to +6 °C) and increasingly warm sea surface temperatures,”  says the Melbourne-based bureau in a report “Climate models surveyed by the Bureau suggest El Niño development is possible as early as July.

These factors indicate that while El Niño in 2014 cannot be guaranteed, the likelihood of an event developing remains at least 70% and we are at El Niño ALERT level.”

“For El Niño to be established and maintained, coupling needs to occur between the tropical Pacific atmosphere and ocean, evident by further and persistent weakening of the trade winds and a consistent increase in cloudiness near the Date Line. These atmospheric characteristics of El Niño are forecast to become evident over the coming months.

For Australia, El Niño is usually associated with below average rainfall over southern and eastern inland Australia, with about two thirds of El Niño events since 1900 resulting in major drought over large parts of the continent.”

Food agriculture markets around the world have been advised to conduct the necessary preparations as farmers fight to contend severe drought or too much rain.

Among those to be affected include cane, palm oil, wheat, sugar, cocoa, coffee and rice. 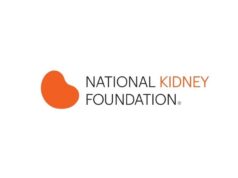