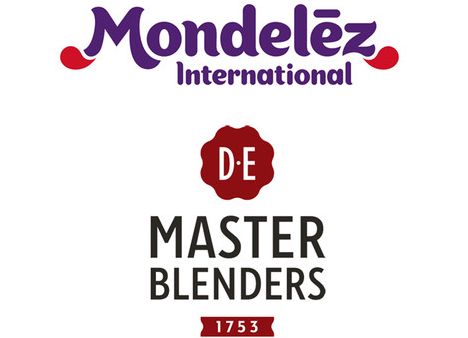 BRUSSELS, Belgium – The European Commission has opened an in-depth investigation to assess whether a proposed joint venture between two of world’s leading coffee manufacturers Douwe Egberts Master Blenders 1753 B.V. (“DEMB”) of the Netherlands and Mondelēz International Inc. (“Mondelēz”) of the US was in line with the EU Merger Regulation.

The Commission has concerns that the proposed transaction may reduce competition for various coffee formats in Austria, France, Denmark and Latvia and for single-serve systems in multiple Member States. The opening of an in-depth investigation does not prejudge the outcome of the investigation. The Commission now has 90 working days, until 6 May 2015, to take a decision.

Coffee is provided to consumers in multiple formats. It can be sold as whole coffee beans, as roast and ground coffee for use in traditional drip filter machines, as instant coffee, or in various single serve formats such as filter pads or capsules for use in Senseo or Nespresso machines. Single serve formats are those that allow consumers to make one cup of coffee at a time at the push of a button. They comprise both the machine and the consumable.

The proposed transaction would combine in a joint venture the operating subsidiaries and substantially all the material assets of DEMB and its subsidiaries with Mondelēz International’s coffee businesses. The post-merger entity will operate under the name of Jacobs Douwe Egberts.

The Commission’s investigation revealed that the transaction would bring together a number of very important brands that currently compete against each other in these various formats.

This would significantly reduce competition for roast and ground coffee in France, Denmark and Latvia, as well as for filter pads in France and Austria. DEMB and Mondelēz are also the leading manufacturers of Nespresso compatible capsules sold by retailers in a number of countries (Nespresso’s own capsules are not sold through retailers). This concentration of key local brands in the hands of one company increases the likelihood of price increases for retailers and ultimately for consumers.

The proposed transaction also reduces the number of key players in single-serve systems. The deal would bring together DEMB’s Senseo and Mondelēz’ Tassimo systems, which are two of the four leading systems in Europe (being the other two Nestlè’s Dolce Gusto and Nespresso).

The Commission has concerns that this would lead to higher prices for customers of machines and consumables and to less innovation. Although DEMB and Mondelēz do not sell coffee machines, they provide price support to purchasers of machines (by way of cash back, freebies, etc.) with the aim of increasing lucrative follow-on sales of pads and capsules.

In order to address the competition concerns identified by the Commission, the companies offered commitments. Having tested these commitments with market players, the Commission concluded that they were insufficient to remove the concerns raised.

The Commission will now investigate in-depth the proposed transaction in order to determine whether or not these initial concerns are confirmed. The Commission will in particular examine the competition between single-serve systems.

The transaction was notified to the Commission on 27 October 2014.

DEMB is an international coffee and tea company that offers a range of coffee and tea products across Europe, Brazil, Australasia and Asia. In addition, within the EU, DEMB operates coffee houses in the Netherlands.

Merger control rules and procedures
The Commission has the duty to assess mergers and acquisitions involvingcompanies with a turnover above certain thresholds (see Article 1 of the Merger Regulation) and to prevent concentrations that would significantly impede effective competition in the EEA or any substantial part of it.

The vast majority of notified mergers do not pose competition problems and are cleared after a routine review. From the moment a transaction is notified, the Commission generally has a total of 25 working days to decide whether to grant approval (Phase I) or to start an in-depth investigation (Phase II).

However, as part of the current matter the Phase I deadline was extended by 10 working days following the submission of remedies under Article 10 of the Merger Regulation.

In addition to the current transaction, there are four other on-going phase II merger investigations

The first one is the planned acquisition of a controlling stake in De Vijver Media by Liberty Global in the audio-visual sector. The deadline for a final decision is 5 March 2015.

The second investigation concerns the proposed acquisition of Biomet by Zimmer in the sector for orthopaedic implants and related surgery products, with a deadline suspended from 2 December 2014.

More information will be available on the competition website, in the Commission’s public case register under the case number M.7292.