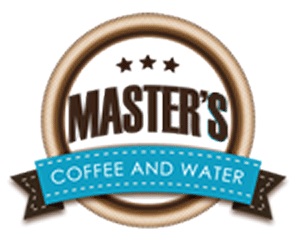 The transaction finalized earlier this spring, but was not publicized out of respect for the national COVID focus. The move follows the December 2019 purchase of Glacier Pure Riverside, and is part of Master’s previously announced acquisition strategy. More announcements are planned.

“While we are happy to welcome new companies into our family, we are concerned about the highly politicized environment in the state,” said Master’s founder and President Jerry Lyles. “Small business is under attack, leaving strong companies like ours to absorb those not as fortunate. Large businesses cheer the actions of Sacramento as they eliminate smaller competitors. We are proud of our growth, but it’s bittersweet to do so at the expense of others. It’s unhealthy for California to be run in such an anti-competitive manner.

”Master’s now offers coffee products and services to PureRite’s water customers, as well as more product choices such as filtered water coolers. “We’ll also update vehicles, modernize equipment, and tighten routes to support our new customers in this area,” Lyles said. Also, the company welcomed two drivers and two warehouse workers to the new operation. All will work out of the Master’s Hesperia plant, and the company is hiring additional warehouse, driver, and repair personnel.

Jay and Misti Maurice founded Newberry Springs Bottled Water in 2002. They bought PureRite Drinking Water in 2015 and assumed the name for their new company. PureRite serves approximately 1700 customers from 3 routes in the High Desert Region of Southern California. “Jay and Misti have been in our industry for almost two decades,” Lyles said. “I’m proud they chose to sell what they built over that time to Master’s Coffee and Water.”

Lyles founded Master’s Vending 30 years ago. He added coffee service, filtered water systems, and a bottled water plant, before selling the vending business to concentrate on coffee and water. That decision resulted in 1,200-percent growth since the 2013 sale, and made Master’s the largest family-owned direct delivery bottled water distributor in San Bernardino County.

Last December, the company acquired Glacier Pure, almost doubling its size. With the addition of PureRite, Master’s is the largest privately held operation in Riverside and San Bernardino Counties. After these two acquisitions, Lyles adds, the company will continue its rapid expansion across Southern California. “We should have another announcement in October and possibly one more around the end of the year.”

Master’s Coffee and Water Service was founded in 1990 by Jerry Lyles. The company serves homes and businesses in Southern California.

Primo Water announces the acquisition of Mountain Glacier adding over ...