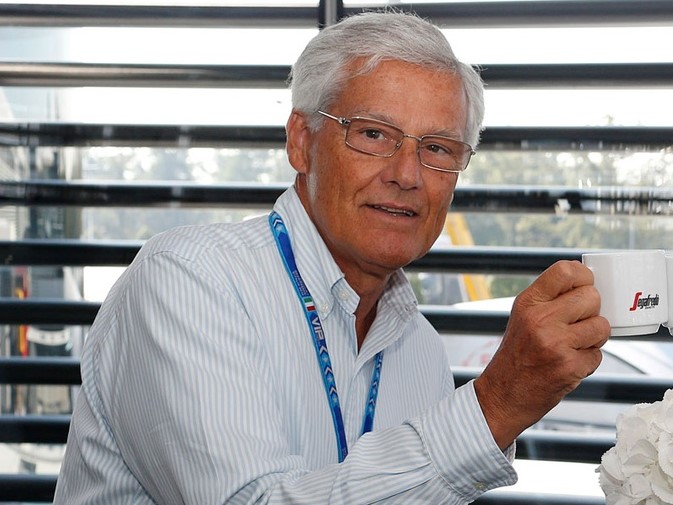 The Financial Times published on Friday, 22 May 2015, an interview by Rachel Sanderson with Massimo Zanetti on the listing of Massimo Zanetti Beverage Group on Milan’s stock exchange. Zanetti explains the company’s decision to launch an IPO and outlines MZBG’s business philosophy and future vision. Here is the integral text of the interview.

Massimo Zanetti, third-generation owner of Italy’s Zanetti beverage dynasty, first tasted coffee when he was two years old. At five, he was drinking espresso. Today, aged 67, he is putting his life-long passion to the test commercially as he seeks to list the family business on Milan’s stock exchange.

Massimo Zanetti Beverage Group, owner of the Segafredo, Chock full o’Nuts, Puccino’s and Boncafé brands, on Monday launched a roadshow to list about 40 per cent of the company, including a primary and secondary offering, to raise funds for expansion.

“My aim was always to increase coffee consumption around the world,” says Mr Zanetti, as he drinks one of his “many more than six coffees” of the day at the group’s headquarters in Treviso, northern Italy.

The company’s move comes amid a period of consolidation in the international coffee market, of which the top 10 players — including Starbucks, Lavazza, Jacobs Douwe Egberts and Massimo Zanetti — have a 50.7 per cent share.

Jacobs Douwe Egberts was created a year ago by the combination of DE Master Blenders and the coffee assets of Mondelez, the US snacks group, in a deal intended to allow the business to take on Nestlé, which owns the coffee-capsule business Nespresso.

Alongside Zanetti, two other family-owned Italian coffee companies, Lavazza and Illycaffè, have been top of the potential targets for Nestlé and Jacobs Douwe Egberts, according to bankers.

Mr Zanetti says that he has been approached by “everyone”, citing sovereign wealth funds, private equity and industry buyers.

The stock market listing allows him to ensure continuity and to remain with the company “until I die or I am no longer useful”, he says with a laugh.

Bankers have set a price range of €11.60-€15.75 a share, and the offering aims to raise an aggregate of about €200m, including a capital increase of more than half of that amount. A successful offering near the top of the range would give the company a market capitalisation of more than €500m.

At MZBG, where Mr Zanetti handed over day-to-day management to Swiss executive Pascal Héritier a decade ago, 40 per cent of its business comes from mass-market sales, 21 per cent from food service, and 35 per cent from private label.

But he keeps an eye on strategy, having grown the business organically — “like an oil stain”, he says.

Consumers tend to be loyal to their coffee and tea brands. So Mr Zanetti’s tactics have been to buy small local brands, such as last year’s buyout of Asian coffee producer Boncafé in a deal worth $85m. He then uses the distribution network of the newly acquired brand to introduce consumers to premium Italian coffee brand Segafredo.

He says that he shares “the philosophy of Marco Polo”, who set sail from Venice, just 20km from Treviso, for the Orient.

“When I go to China, I become Chinese. That is my secret: I do not seek to change the consumer but to share new things with them.”

Mr Zanetti sees growth in demand for coffee coming not only from Asian economies, but also from a revolution in coffee consumption brought about by new technology, led by capsule-makers such as Nespresso.

The global coffee-capsule market grew to €9.7bn in 2014 up from €6.6bn in 2012. And, among MZBG’s innovative new products is a biodegradable coffee capsule. “I need large shoulders to compete with companies that are continually growing,” he says.

The market debut of MZBG comes at a time when other Italian food entrepreneurs are considering their own listings or buyouts.

The private equity arm of the De Agostini conglomerate recently launched a €200m “Taste of Italy” food fund and made its first acquisition, of sandwich chain Gruppo La Piadineria, for international roll out.

Eataly, the high-end food emporium with a flagship store on New York’s Fifth Avenue, is expected to list next year.

Bankers do not rule out other Italian family food groups, such as Illycaffè, or pasta makers Giovanni Rana or De Cecco, making a run at the stock exchange if MZBG goes well.

Italian entrepreneurs have famously shunned listings, preferring to keep things in the family, but Mr Zanetti is sanguine about his own jump into the bourse.

“It is like when a father marries off his daughter. It is a moment of pain, but also joy. You need to understand that the minute the company is listed it is no longer yours. But I know the company will now have a future and it will continue to grow,” he says.