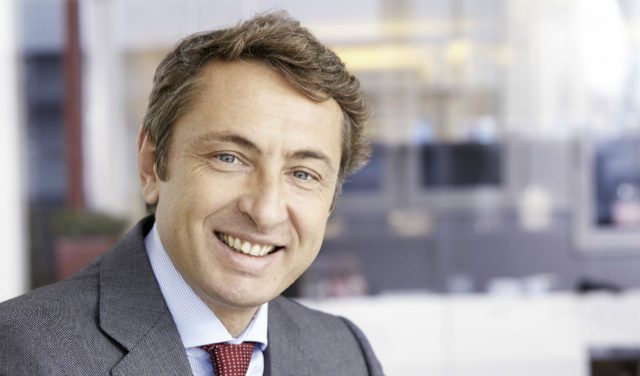 Giorgio, as well as all the new organizational is reporting directly to the Chief Executive Officer. In his role Boggero will have responsibility of all operations in the cluster of 7 countries in the region.

“With Giorgio, the Senior Leadership team is now completed. I am very proud of the new team with a strong profile as well as a competitive international background, and I am confident as we begin this next chapter of our story together”, says Massimo Zanetti, President and CEO of Massimo Zanetti Beverage Group S.p.A.

Giorgio Boggero – Giorgio began his career as Junior Broker on the financial markets in Paris and London.

In 1994 he started his twenty years of professional experience in the Consumer Goods industry, gained both in Italy and abroad.

He held positions of increasing responsibility in marketing and sales in Kimberly Clark, where he was Marketing Manager for tissue and then National Key Account in charge of key customers for Italy.

In 1999 he joined L’Oréal Group initially as Garnier Director of Sales, then as Marketing Manager and finally as Sales Director of L’Oréal Paris.

In 2007 he joined Bialetti on the occasion of its listing, to take care of the company’s expansion in international markets and in single-brand stores.

In 2009 he joined Cloetta Group and in 2010 he was appointed President South of Cloetta Group, of which he managed the whole export as well as Chief Executive Officer of Cloetta Italy (better known for the Sperlari, Galatine, Saila, Dietorelle and Dietor brands) and member of the Executive Committee of Cloetta Group.

Giorgio is currently a member of Carioca S.p.A. Board of Directors where he has served since 2014. Giorgio earned a Degree in Economics from the University of Turin.

Peet’s Coffee is the official coffee partner of Extreme Makeover...