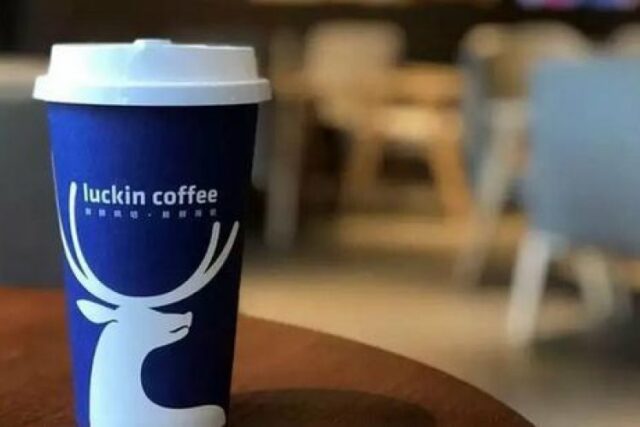 BEIJING, People’s Republic of China — China’s rising coffee chain brand luckin Coffee (luckin) is vying to become the nation’s largest coffee chain with a total of 4,500 stores in operation by the end of the year. Founder and CEO Qian Zhiya made the announcement at a press conference in Beijing in early January.

Luckin burst onto China’s coffee scene when it was founded in Beijing in October 2017. Since then, the company has expanded to 2,073 stores in 22 cities across China by the end of 2018, serving up more than 89.6 million cups of coffee to 12.5 million customers.

China’s younger generations are increasingly enjoying coffee and the culture surrounding the beverage. For example, the American coffee brand Starbucks has opened 3,500 stores in 150 Chinese cities since 1999.

For luckin, its ambitious plan is backed by an abundant amount of capital. In December 2018, luckin announced having raised USD 200 million in a Series-B round of funding, which pushed its post-money valuation to USD 2.2 billion.

“With the development of the internet, luckin has transformed the traditional coffee chain to a new retail model, integrating offline services and online delivery services,” Qian said. “Thus, luckin’s new retail model strikes an excellent balance of price and services.”

By the end of 2018, the company claimed to have achieved its “500-meters coverage” layout in downtown Beijing and Shanghai, meaning customers can walk to luckin’s stores within five minutes.

Qian said that its luckin’s established strategy that they will race to grab market share through subsidies. “So far, the loss is in line with our expectation, ” she added.

In 2017, the country’s coffee shop sales reached USD 4.4 billion (RMB 30 billion) and are expected to reach USD 145 billion (RMB 1 trillion) by 2025, according to consultancy firm Qianzhan.