MELBOURNE, Australia – The 2020–21 La Niña has passed its peak and is now weakening, reports the Bureau of Meteorology of the Australian Government (BOM). Climate model outlooks indicate the El Niño–Southern Oscillation (ENSO) will return to neutral (neither La Niña nor El Niño) during autumn. While La Niña’s influence on Australian rainfall typically wanes during autumn when events usually decay, it can still bring above average rainfall to parts of northern and eastern Australia during the final months of the northern wet season.

Tropical Pacific Ocean sea surface temperatures are currently close to La Niña threshold. However, atmospheric indicators such as the Southern Oscillation Index (SOI), cloudiness near the Date Line, and trade winds clearly remain at La Niña levels. Waters beneath the surface remain cooler than average, but the strength of cool anomalies has begun to ease.

The Madden–Julian Oscillation (MJO) is currently weak. It is forecast to move into the tropical Americas and Africa in the coming week. When the MJO is over the Americas at this time of the year, tropical areas across northern Australia and the Maritime Continent typically experience less cloud and rainfall than usual.

After persisting at positive values for the first half of February, the Southern Annular Mode (SAM) returned to neutral levels. Forecasts indicate neutral SAM values will persist for the coming fortnight. A neutral SAM has little influence on Australian rainfall.

The Indian Ocean Dipole (IOD) is currently neutral. The IOD typically has little influence on Australian climate from December to April.

Climate change is also influencing the Australian climate. Australia’s climate has warmed by 1.44 ± 0.24 °C over the period 1910–2019, while recent decades have seen increased rainfall across northern Australia during the northern wet season (October–April), with more high-intensity, short-duration rainfall events. 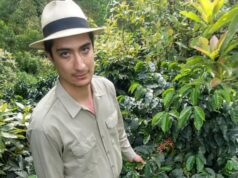