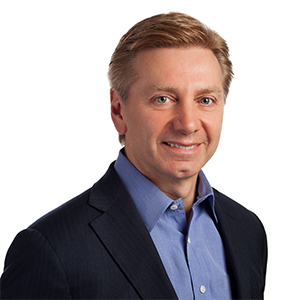 Bob is currently serving as Chief Executive Officer of Pinnacle Foods Inc., where he generated industry-leading shareholder returns by building a diversified portfolio of iconic consumer brands recognized for innovation.

He will replace Brian Kelley, who will continue to support Keurig and become Vice Chairman of the Board. Keurig was acquired by a JAB Holding Company (“JAB”)-led consortium earlier this year.

Bart Becht, Chairman at both JAB and Keurig commented, “We are delighted that Bob will become the CEO and a key shareholder of Keurig. Bob is one of the most talented and respected executives in the fast moving consumer goods industry, and his focus on growth and long-term value creation makes him an ideal partner for JAB, as well as its co-investors.”

Bob Gamgort commented, “I am excited to have the opportunity to partner with JAB and the Keurig team. I see a significant opportunity to build upon Keurig’s unique combination of brands, partners and technologies by accelerating innovation and expanding penetration of single-serve systems to continue winning in the consumer market. I look forward to joining the team. ”

Brian Kelley commented, “It has been an absolute privilege to serve as the CEO of Keurig for the past four years, and I am excited to continue to be involved in supporting the Company’s partnership strategy and innovation and technology pipeline in my capacity as a Board member, as well as maintain a meaningful investment in the Company.

Knowing Bob and his track record, I am confident that under his leadership, the Company will continue to grow for years to come.”

Bob joined Pinnacle as CEO in 2009, and in the last seven years increased by over five times the value of the Company. Prior to joining Pinnacle, Bob served as North American President for Mars Incorporated, where he managed the Company’s portfolio of confectionery, main meal, pet food and retail businesses.

Bob joined Mars in 1998, initially serving as Vice President of Marketing for M&M / Mars and then as General Manager of its Chocolate Unit.

Prior to Mars, Bob served as President of Major League Baseball Properties. Bob began his career at Kraft Foods where he served in key marketing, sales, corporate strategy and general management roles.

Bob holds an MBA from the Kellogg Graduate School of Management at Northwestern University and a BA in Economics from Bucknell University. He also studied at the London School of Economics. Bob serves on the Board of Directors of Wayfair Inc. and the Grocery Manufacturers Association.

Luckin Coffee announces closing of the issuance of an additional 1.35 ...