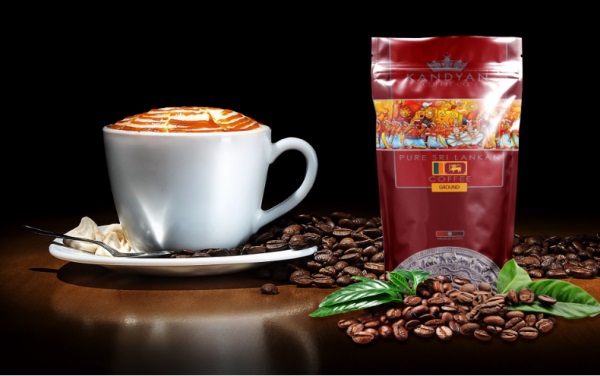 NEW YORK, U.S. — Kandyan Coffee Co. is pleased to introduce to a coffee from the pearl of the Indian Ocean – the Sri Lanka coffee, which offers great health benefits. Till date, no one knows when coffee first came to Sri Lanka. However, it was noted by Sir James Emerson Tennent in the 1800s that As to coffee, although the plant had existed from time immemorial on the island (having probably been introduced from Mocha by the Arabs), the natives were ignorant of the value of its berries, and only used its leaves to flavour their curries, and its flowers to decorate their temples.

It was not until nearly a century after the arrival of the Dutch that one of their Governors attempted to cultivate it as a commercial speculation.

The Dutch brought seedlings from their Javanese plantations to Sri Lanka. After a series of trials, the Javanese plants did not succeed well at the lower elevations where the Dutch experimented with coffee growing. It was the British, who had conquered the highland interior that successfully commercialized coffee as the first hugely successful export crop from Sri Lanka.

Due to the British only focusing on mono-culture coffee without shade, the conditions were created for a devastating fungus. This was the famous coffee blight. This coffee blight destroyed the plantations and forced the British to find other crops they could export. Fortunately for them the tea bush, Camellia sinensis, is not as susceptible to the fungus and that is why Sri Lanka today is the leading exporter of tea worldwide.

Tea as it is grown today in Sri Lanka continues to be highly destructive to the upland ecosystem. Though some of the more recent hybrid coffees have been introduced, Kandyan Coffee Co. is encouraging local farmers in Sri Lanka to keep with the traditional, more flavourful varieties.

Sri Lanka is most definitely one to watch on the world coffee map due to the growth of high demand for its quality coffee. Thanks to the dedication of Sri Lankan producers, as well as the insatiability of both local and international consumers, Sri Lankan coffee is set to strengthen in both popularity and quality.

Currently, Kandyan Coffee Co. is faced with a major challenge. Because they are not yet a fully established company, they face hardship in the shipment of raw materials to USA from Sri Lanka, but have found a trusted freight company to reduce this hassle.

Kandyan Coffee Co. is a quality driven company based in New York, New York which specializes in coffees sourced from small, quality focused families and cooperatives around the island of Sri Lanka.

Kandyan Coffee Co. is dedicated to coffee progress in the areas of environment, social responsibility, and coffee quality development.