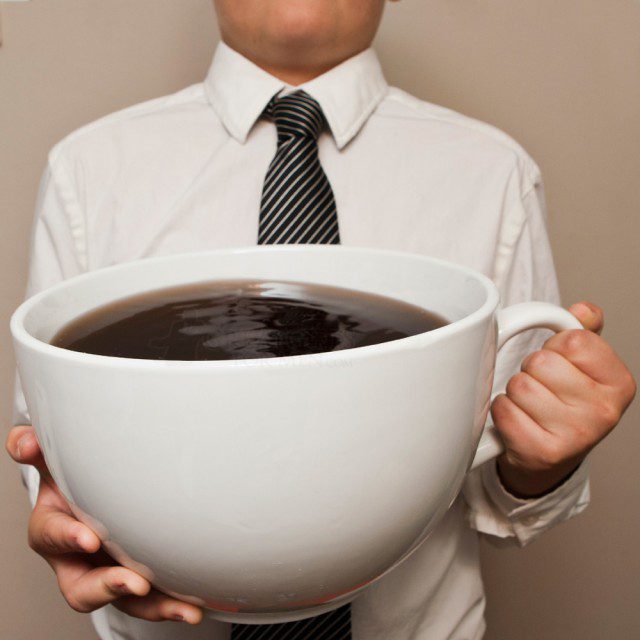 U.S. per capita consumption of hot coffee will be 3.1 kilograms (6.8 pounds) in 2016, up from 3 kilograms in 2015 and matching a record achieved in 2013, according to researcher Euromonitor International. Total domestic consumption will be up 1.5 percent in the 12 months that start Oct. 1 to the highest ever, the U.S. Department of Agriculture said in June. Demand in China, Japan and India will also be the most ever.

In recent years, the proliferation of coffee shops, the emergence of single-cup brewing machines and the growth of cold brews have lured more java enthusiasts, with four out of five U.S. consumers now drinking the beverage, according to market researcher Mintel. Cheaper gasoline prices have put more Americans on the road and increased their desire for a cup of Joe while away from home, according to Virginia Lee, a senior beverage analyst at Euromonitor.

“Consumers want new experiences with their coffee, and coffee houses and manufacturers are providing premiumized innovations and experiences with culinary influences,” said Elizabeth Sisel, beverage analyst at Chicago-based Mintel. “Luckily, there is a large audience available to reach out to.”

Global consumption will rise 1.2 percent in the season that starts in October to a record 150.8 million bags, the USDA said on June 17. Rabobank International expects a global shortfall to expand to 2.2 million bags in the 2016-17 season from 800,000 bags, each weighing 60 kilograms, or 132 pounds. Others, including the London-based International Coffee Organization see demand even higher.

Strong bean demand helped propel this year’s rally for arabica coffee. Citigroup Inc. forecasts that prices could reach $1.50 a pound by the second half 2017. The contract for September delivery settled at $1.4565 Thursday on ICE Futures U.S. in New York. Futures rose 0.4 percent to $1.462 at 12:13 p.m. on Friday.

If the U.K.’s vote to exit the European Union creates global economic instability, that could put a damper on rising demand. Brazil has also been reeling from financial and political woes, which could curb domestic consumption for the country, the world’s top grower and exporter.

“I am not convinced that demand is growing exceptionally fast, and I am not sure that it’s growing at a pace that is faster than what we expected,” said Gillian Rutherford, who helps oversee about $12 billion as a commodities portfolio manager at Pacific Investment Management Co. in Newport Beach, California.

But if demand does continue to climb higher, there’s not a big supply cushion. Stockpiles at warehouses monitored by ICE have dropped for 11 straight quarters, the longest stretch since the data starts in 1995. Global inventories will drop to a four-year low by October 2017, the USDA projects.

At the same, recent heavy rains in Brazil have hurt coffee plants. Drought has been so hard on robusta plantations that prices for the bitter-tasting type of coffee that’s usually the cheapest can now be at levels exceeding costs for some arabica beans. Some roasters are changing their blends, which could squeeze supplies of the higher-quality bean even if farmers harvest a big crop.

“Between tight supply, potentially detrimental weather and extremely strong global demand, especially emanating from the U.S., China and India, that will continue to tighten coffee markets,” said Harish Sundaresh, a portfolio manager and commodities analyst in Boston for the Loomis Sayles Alpha Strategies team, which oversees $5 billion. “With the U.S. being the largest consumer, any demand growth there will create massive changes to the demand-supply balance.”

Paulig celebrates the 70th anniversary of the Paulig Coffee Ambassador...