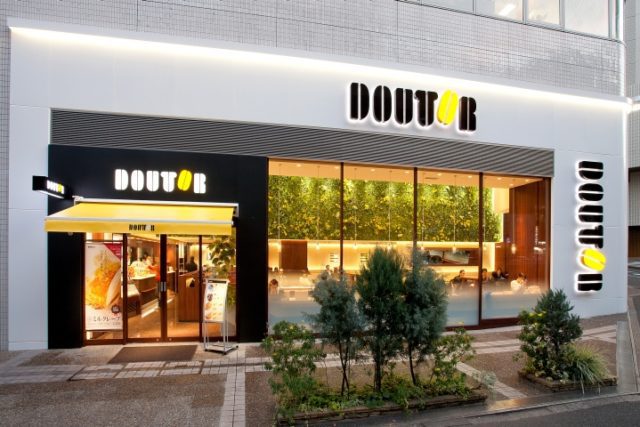 TOKYO, Japan – In Japan, Doutor Coffee is practically an institution. Founded in 1980 by Toriba Hiromichi, the very first Doutor outlet was a teeny-tiny 9sq m outfit in Tokyo’s Harajuku district.

Despite seemingly innocuous beginnings, the company continues to grow and now has over 900 outlets in Japan alone!

“While the coffee market is growing all over South-East Asia, Doutor decided to open in Malaysia because they found a good partner in the Texchem Group, which owns 106 Sushi King outlets in Malaysia, so they know what to do, and we can expand easily,” says Yasuhiro Yamamoto, the managing director of Doutor Malaysia.

More outlets are brewing, and some will open next year, but Yamamoto says there is still uncertainty about exactly how many will be opened.

But what is assured is that the outlets will stay true to the integrity of Doutor Japan, with a strong focus on coffee and freshly-made food.

“We have good quality black coffee, espresso and cappuccino. And the food will be a Japanese fusion concept,” he says.

The secret to the brand’s success lies in the high quality of its beans and the way that it is roasted.

According to Masahiro Kanno, the master roaster for Doutor Coffee, the beans that Doutor uses are sourced from over 10,000 plantations all over the world, including its own two plantations in Kona, Hawaii.

“The first condition for a single origin is that it must be extremely distinctive. If it were a person, he would be very confident. If I were to select a single origin, I would have to see how to produce them. In terms of selecting beans for blends, I do have a specific goal in terms of what taste I want to achieve, so I will go to plantations to select combinations I want to achieve,” says Kanno.

Doutor Coffee is renowned for its roasted beans, which are flame-roasted, a method that takes a lot of time and involves a labyrinthine process that yields complex, richly flavoured coffee beans. As flame roasting traditionally only allows for 5kg to 20kg of coffee to be roasted at a time, Doutor developed its own industrialised open-flame roasting equipment to achieve the results that it wanted, using larger quantities of coffee.

Kanno says that skill is required to perfectly roast coffee beans as the time the beans are roasted and the colour achieved affects the overall flavour at the end.

“A lot of third wave coffee boutiques in Asia make coffees using lightly roasted beans, which isn’t the perfect roast, in my opinion. Before that, dark roasting was all the rage. Dark roasted coffee is good for drinks like lattes but once you go too far, the characteristics and taste of the drink is lost,” he says.

Kanno says he has noticed how far the specialty coffee scene has come over the years, serving a burgeoning customer base with increasingly discerning taste buds. According to Kanno, a lot of these transforming predilections are down to the talents and skills of the baristas, who have themselves become coffee ambassadors of sorts.

“When you visit cafes, it’s something you feel – the experience and the coffee. I do believe that a barista can change someone’s perspective on coffee by converting everything they have learnt into an experience which customers can enjoy,” he says.

Coca-Cola is encouraging to be ‘open like never before’ as world emerg...