GRAND DUCHY OF LUXEMBOURG – IVS Group S.A. — The Board of Directors of IVS Group S.A. (Milan: IVS.MI), convened on September 5th, 2019 and chaired by Mr. Paolo Covre, examined and approved the Half Year Report at 30 June 2019, which shows the constant growth of IVS Group, as summarised below.

The Board also mandated the managing directors to evaluate the call of the existing bond IVS Group, due on November 2022, and the issue of a new bond, with a longer maturity, at cheaper conditions, in line with present market interest rates.

Total sales increased by 7.0% in Italy and by 8.5% in France, while decreased in Spain (-7.2%) and in Switzerland (-2%, where however margins increased). Coin Service division sales increased in total by 12.5% of which +6.5% in the core metal coins business, and +42% in digital payments and IoT, where the subsidiary Venpay S.p.A.. after the start-up phase of new businesses, shows first positive margins.

Vending sales grew by 5.0% in total (+1.0% Like-for-Like and at par working days); in detail: +6.7% in Italy, +7.1% France, -6.7% in Spain n and -2.0% in Switzerland. In particular, volumes L-f-L and par days increased in Italy by 1.8% confirming IVS strong commercial capacity even in a weak consumption scenario; on the contrary, in Spain, there was a significant decrease of volumes (-7.3%) especially in some major industrial clients (automotive industry), already experienced at the last quarters, compensated only in part by the average price increase.

Performance at par client base was negatively affected by overall slowing economy and consumption, and more specifically, also by unfavorable weather conditions, especially for a very cold and rainy month of May 2019, with a decrease in volumes of around 2 million beverage bottles compared to the good correspondent month of 2018.

During 1 Half 2019 were completed 6 acquisitions (5 in Italy and 1 in France), with an Enterprise Value of Euro 35.2 million, contributing Euro 7.9 million to sales on pro-rata basis from the date of the acquisition.

On March 2019 IVS was awarded the tender for the vending machines on the Paris Metro network. The activities to prepare this major contract (starting on 2020, for a period of 10 years) are already in course and, in addition to its economic importance, it will have great visibility and further effects for IVS growth in France.

New IFRS 16 definition have an effect also on the tax rate, with a slight increase of taxable income, due to the different recovery in P&L of rents and leases, and the depreciation calculated on the higher value attributable to rented assets.

Net Financial Position (“NFP”), is equal to Euro -361.3 million (of which 63 million deriving from the application of new IFRS 16), from Euro -348.5 million as of 1 January 2019, and improved from Euro 366.4 million at 31 March 2019. In the first six months of 2019 were made payments related to net investments for total Euro 49.9 million, of which around Euro 27.5 million for net investment in fixed assets, including those linked to newly acquired businesses and done in previous quarters, and Euro 22.4 million for payments related to acquisitions, which mostly contributed to P&L since March 2019.

Net debt decreased in the second quarter 2019 although were accelerated some capex, either to profit by some special opportunities (i.e. purchase of a fleet of vans from a troubled supplier of a vending competitor) or exploit the last terms for the benefits of Industry 4.0 decree on additional investments.

NFP includes also Euro 11.1 million of debt towards shareholders for the dividend approved by the shareholders meeting on May 2019, although the payment was made on July 2019. As of 30 June 2019 the group has Euro 17.8 million of VAT credit and financial assets (n. 1,895,818 treasury shares coming from the redemption of the business combination SPAC-IVS of 2012), not included in the Net Financial Position.

Net of IFRS 16, capex/M&A policy and financial items, in the first six months of 2019 the operating business generated a significant increase of cash-flow, Euro 66.9 million from Euro 50.3 million in the 1 Half of 2018.

The notes due November 2022, fixed rate 4.5% (for which the company is currenty studying the early redemption, with the issue of a new bond) and existing term bank loans, have financial convenants providing for the neutrality of the effects deriving from the new definition of IFRS 16 accounting principle.

Other significant transactions and events occurred after 30 June 2019

On 31 July, CSH S.r.l., 100% controlled by IVS Group, having received the due authorisation from the Bank of Italy, completed the acquisition of 76% of the share capital of the payment institution Moneynet S.p.A. (owned by Nexi group), for a price of around Euro 0.08 million; the remaining 24% was acquired by 8 persons (directors and managers of the group, each with a 3% stake), involved in the future development of Moneynet. As announced at the signing of the agreement at the end of 2018, this acquisition is part of IVS projects in the field of payments and digitalisation development.
On 1 August IVS Italia acquired the business of Gioservice, in Tuscany and Lazio regions, provisionally valued around Euro 1.5 million.

The economy and consumption scenario in the countries and markets where IVS operates remains weak. This has an impact on Like-for-Like volumes at par client base, but on the other side it contributes to the concentration trend in the vending sector, carried out by the most qualified and solid players within the industry. In this context, IVS expects to continue a pattern of growth, both in terms of size and profitability.

The implementation of technical investments, digital and payment systems linked to IVS vending machines network allowed, from the beginning of 2019, the start of first direct marketing and shopper marketing initiatives in collaboration with some big players in the food & beverage (like Coca Cola, Mars, Ferrero…) and in service payments (with Alipay, part of the Chinese Alibaba group). These programs, based on IVS Group capacity to combine an extended and integrated infrastructure network and the direct daily contact with millions of final consumers, represent an important strategic option for the future and confirm IVS attractiveness and leadership in vending innovation. 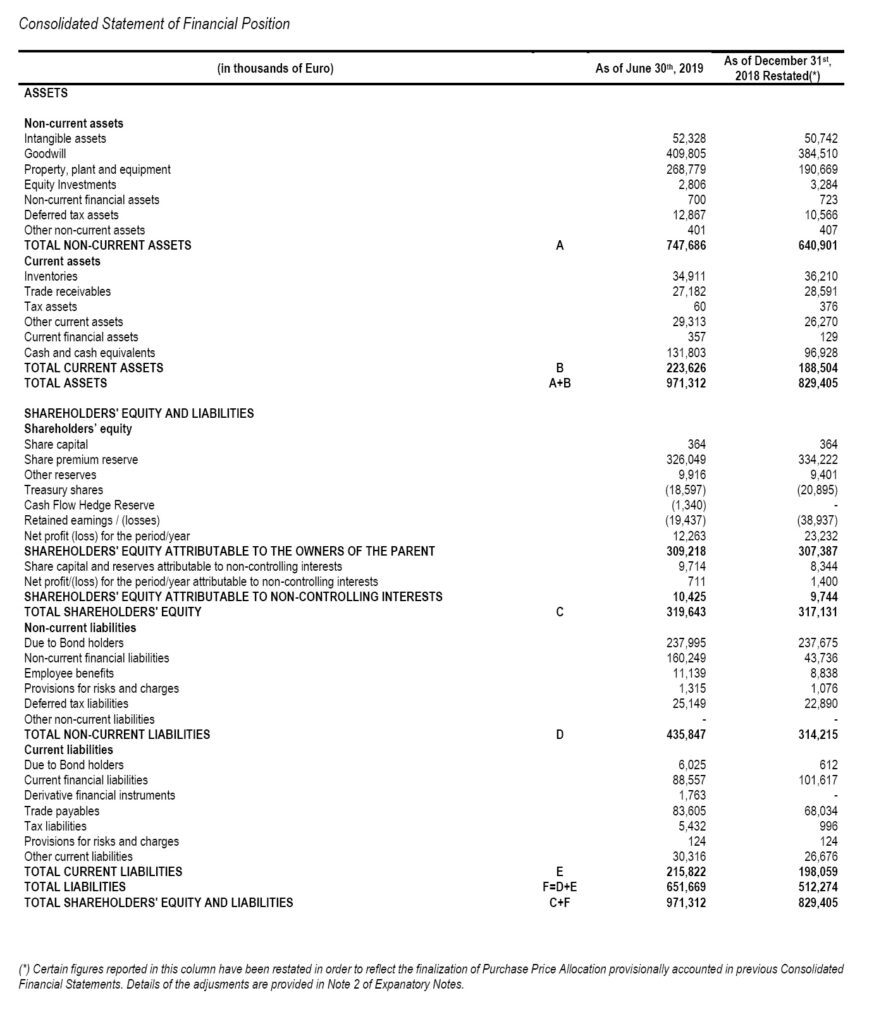 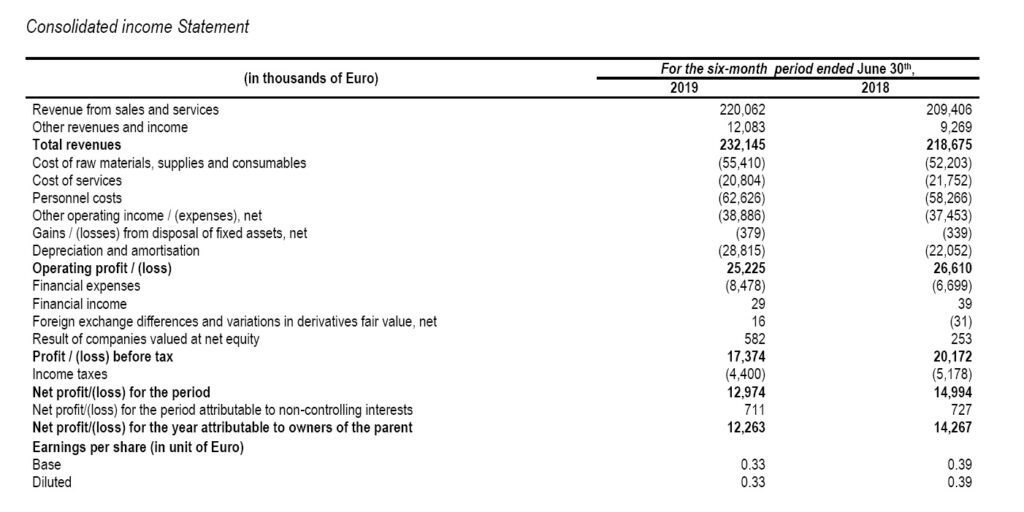 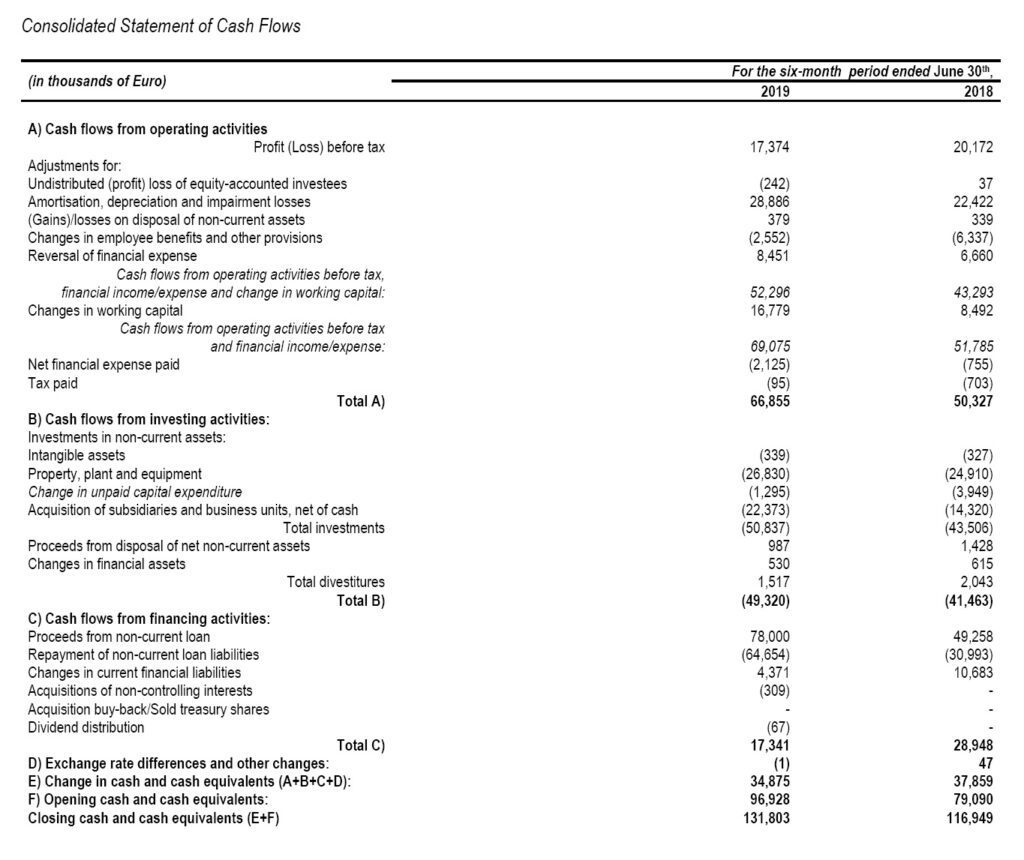 Coffee Day Enterprises to unveil results of the investigation on Siddh...