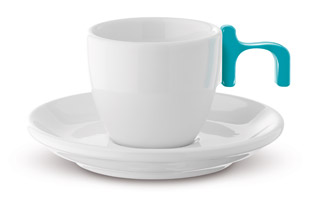 MILAN –The professional hospitality business is looking beyond the downturn. Host 2013, which finished recently at the Fiera Milano in Rho, reasserted Italian manufacturing’s place as the global hub of technological innovation, new formats, a design- and lifestyle-led focus plus an onus on the export market.

Italy’s leadership is plain to see from the record results: the five-day event attracted 133,000 professional visitors from 162 nations,up 7% on 2011. There was a real boom in international visitors, up 21% to 51,600 to underline the event’s worldwide appeal.

Growth in the number of professional visitors was constant and across-the-board from all 162 nations, with peaks from high-growth countries like the UAE (up 141%) and Russia (up 64%), as well as traditional visitor nations like Japan (up 24%) and Germany (up 14%). 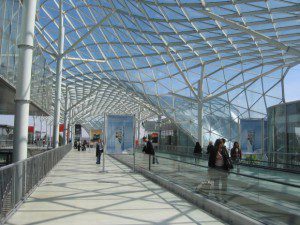 More than 1,500 buyers were invited from all around the globe: China, Russia and India sent particularly large delegations.

The increase in the total number of companies in attendance (up 6.5% to 1,700, including 350 new entries) was spearheaded by impressive growth in the number of exhibitors from consolidated countries like Great Britain (up 33%), theNetherlands (up 28%), Spain (up 19%), and theUSA (up 17%).

For the first time, companies exhibited from Bahrain, Israel, Kenya, Romania, Singapore, Slovakia, Hungary, Taiwan, Venezuela andVietnam. All in all, 559 exhibitors came from outside Italy (up 16.5%).

The entire local production system plugged in to this global leverage, including through a joint-venture by Host/Fiera Milano Spa,Unioncamere Lombardia and the Regional Government of Lombardy that enabled a hundred Lombardy Region Ho.Re.Ca. industry SMEs to showcase themselves on the world market for the first time, taking advantage of a €5000 exhibition space and support service “endowment”. 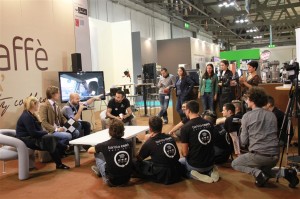 Two prestigious awards instituted and promoted by Host and Fiera Milano Spa in partnership with the Politecnico di Milano Consortium POLI.design and with the patronage of the ADI (Associazione Italiana per il Disegno Industriale) were also a great success. 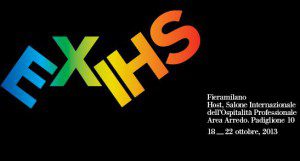