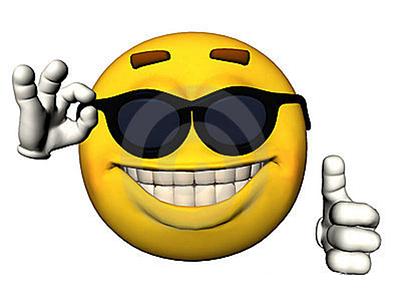 LAKE MARY, FL US – While most coffee houses hand off our morning Joe black with the disposable lid already attached. The question is…is it just caffeine or something more lurking in that cup of Joe Once a a lid is unknowingly placed on a condiment counter?

Jason Pellegrino, Inventor of “Lid Buddy” believes so and Jason is no stranger to controversy.

As the creator of Hotenough.org, the exclusive website for attractive singles; inventor of the iPhone app Drop Call Eliminator which challenged the notion that AT&T & Apple were combating a “drop call” issue due to an antenna issue on the iPhone 3GS and recently by adding weight to the Microsoft Scroggled campaign with his newest app Double Battery Life that Jason believes illustrates a Gmail based drain on Windows phones (Currently in the Windows Mobile Store).

The question is…are today’s corporations placing profits over people? As for Jason Pellegrino, he believes they are. After taking on many top companies Jason’s quest for disclosing information which affects consumers has not been satisfied as he hasn’t stopped there.

After 7 years as a 911 responder and current paramedic, Jason could not overlook the dangers lurking on coffee condiment counters claiming communicable diseases are easily transmitted when drinking from a lid which comes into contact with a contaminated condiment counter to include Staph to H1N1 and even HIV infection.

Knowing this, Jason decided to create his own Hygienic Disposable Beverage Lid equipped with an Elevated Hygienic Barrier allowing the consumer to place the lid on the condiment counter without the drinking area coming into contact with the surface and germs waiting to attach to the lid.

Without a similar lid on the market today and all existing lids in his opinion providing no protection at all, Jason applied for his patent and is now heavily involved in a search for a manufacturer or formation of a business relationship to bring what he feels is a revolutionary step in the beverage lid industry that is long overdue.

Is Jason correct when he claims today’s corporations do place profits over people or is he just one to stir up controversy?

Jason Pellegrino states, labeling himself a consumer advocate he has taken on some of the hardest challenges against the largest companies and whether perceived politically correct or not, consumer or patient, he will always stand up for what’s in his opinion the right thing to do without consideration to what people may think.

Either way, when a coffee lid has been invented that can help potentially protect against so many communicable illness, one might ask, why doesn’t it already exist and now that it does, will it? If not, perhaps there really is something to Jason’s claims after all.

Let’s hope to see this disposable coffee lid at my local coffee house soon, until then it’s napkins on the counter when handed that conventional, non hygienic lid is handed to me.

And if corporations really are choosing profits over people as Jason claims, let’s hope they are smart enough to realize that in this case it appears as if there is more profit in putting people first. Jason Pellegrino, Inventor of “The Lid Buddy” hopes so…