Internorga: A tradition of innovation

Leading trade fair back with impressive new event formats, international presence and lots of product launches – the who’s who of the sector turned Hamburg into INTERNORGA city for six days 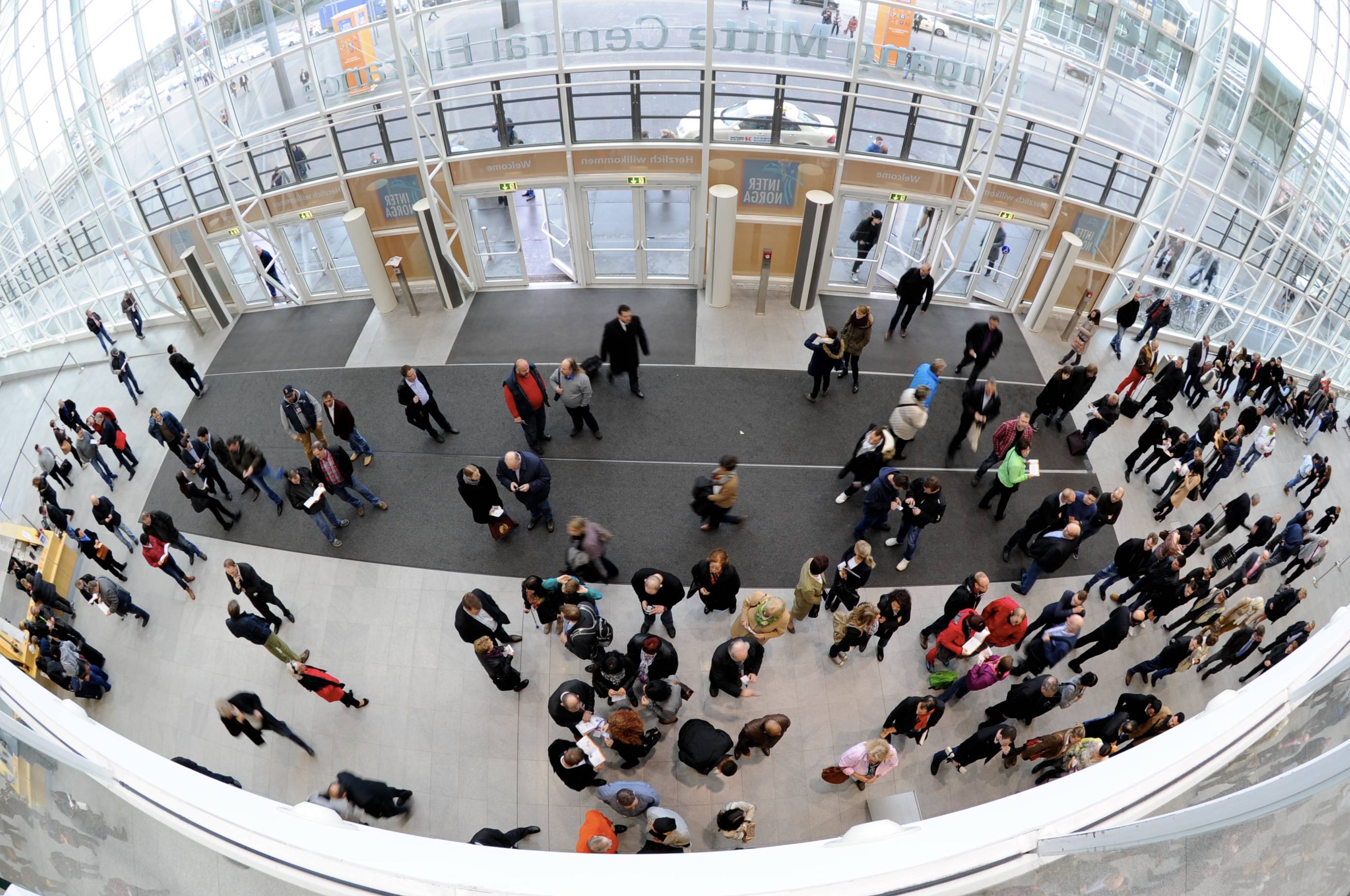 HAMBURG, Germany – For 90 years the INTERNORGA fair has been synonymous with innovative capacity, professional networking, excellent business opportunities and trendsetting exhibits. The leading international trade fair for the dining out market ended yesterday after six days.

Celebrating its round anniversary, the INTERNORGA fair once again demonstrated its in-depth knowledge of the industry and its natural intuition for the trends of today and the developments of tomorrow.

With new exciting events like the Next Chef Award and the Gastro Start-Up competition, the INTERNORGA showed pioneering spirit and introduced ideas and incentives for the promotion of young talent in the sector.

The Hamburg fairground was fully booked for the 90th INTERNORGA fair, and the international industry experts and top-level decision makers who were there were suitably enthusiastic about the new formats as well as the tried and tested classics, the celebrity chefs and the illustrious congresses.

“We were more than pleased with how things went at the INTERNORGA. The great diversity and high quality of the fair totally impressed the exhibitors and trade visitors.

The INTERNORGA picks up on major issues and, with its first-mover status, it keeps injecting new momentum into the industry with innovative formats and events. Our exhibitors and visitors really appreciate all this,” said Bernd Aufderheide, President and CEO of Hamburg Messe und Congress GmbH.

High levels of satisfaction among exhibitors and visitors

There were 1,300 exhibitors from 25 nations attending the fair from 11 to 16 March and presenting new products, trends and all-in-one solutions for the entire dining out market.

A total of 95,000 national and international trade visitors came to the INTERNORGA fair.

The very positive atmosphere was confirmed by the survey conducted by an independent market research institute in which around 90% of the trade visitors rated INTERNORGA 2016 as excellent or good. 90% would also recommend the leading trade fair to others.

The proportion of decision-makers among the visitors was around 85%. The high percentage of international visitors also remained constant at 7%. This is why the INTERNORGA is classified by the Association of the German Trade Fair Industry (AUMA) as the only international trade fair for the catering and hotel industry in Germany.

Christian Strootmann, Chief Executive Officer of BHS tabletop AG and Chair of the INTERNORGA Exhibitors’ Council, was also positive in his reflections.

“Once again the INTERNORGA was a very significant trade fair,” he said, “and spectacularly underlined its prominent position as a platform for product launches, a trend barometer and a source of inspiration for all sectors of the dining out market.

The top-class support programme with many new, attractive events also played a major role in the success of the exhibition.”

Boasting a top-class supporting programme, the INTERNORGA fair placed the focus on current issues in the industry as well as on the future of the dining out market.

The Next Chef Award is an example of a new competition designed to promote young talent in the industry and started as a joint initiative of INTERNORGA and celebrity chef Johann Lafer.

A jury of top chefs spent three days on their quest for the best young German-speaking chef – putting the contestants through a series of tough challenges in front of a live audience. Initiator of the new format Johann Lafer is persuaded of its effectiveness.

“I found the INTERNORGA fair particularly exciting this year,” he said. “We presented new products and innovations for the industry, and the visitors loved the Next Chef Award. The people could see clearly how advanced young people are these days.

I went home knowing that we have many talented young chefs in Germany, Austria and Switzerland. All the contestants really impressed me with their outstanding skills and abilities. The winner of the Next Chef Award earned my utmost respect.

The Award events were also very popular. We had over 1,300 watching the competition over the three days. I think it is great that the Award had such a high profile.”

Another first was the Gastro Start-Up competition hosted by Tim Mälzer which the INTERNORGA organised jointly with Leaders Club Concept GmbH.

This was all about the catering world of the future and new success stories of talented entrepreneurs and visionaries in the industry. Whether digitally run home delivery businesses or sustainable and healthy convenience products – the concepts on show demonstrated how things are developing in the industry.

What is more, they are proof from the real world of the seven trends researched by the Gottlieb Duttweiler Institute of Zurich in a study commissioned by INTERNORGA and summarised in an exclusive report on the future of the catering industry.

More than any other factor, digitisation will revolutionise the dining out market – the caterer of tomorrow will have to be accessible on all channels.

From craft beer to artisan bread

The exhibition space allocated to the CRAFT BEER Arena, which was introduced in 2015, was virtually doubled for the 90th birthday of the INTERNORGA fair, with around 30 creative brewers from Germany and other countries.

The Food Truck Village directly below the television tower was also serving tempting delicacies from all over the world. Following its successful première last year, the treats on offer this year included organic burgers, vegan food, ground meat specialities and premium hot dogs.

New products and concepts were also on show in the Newcomers’ Area, with exhibitors presenting their visionary ideas on the catwalk of innovations and making valuable contacts for successful market entry.

This innovation platform was one of the main attractions at the INTERNORGA fair alongside classics like the Pink Cube and the SKYWALK banquet table. Visitor numbers at the Baker’s Blue Box and BACK Stage were also very high, demonstrating the great popularity of these fresh events for the bakery and confectionery trade.

The congress programme with its high-calibre cast has always been an important platform for international debate. The anniversary theme continued at the International Food Service Forum in 2016.

It was the 35th time that Europe’s biggest congress for the professional catering industry had been held and it set a new record with 2,300 participants.

Gretel Weiß was in the chair, steering the discussions on consumer trends, market potential and success factors for professional catering 2016+ with Gordon Faehnrich of Subway Germany, Holger Beeck of McDonald’s Germany and multichannel entrepreneur Michael Käfer, to name but some.

Top interdisciplinary speakers on hot topics in the industry also met at the German Commercial Catering Congress which turned the spotlight on consumers and their wishes. Prominent figures like Christian Schmidt, Federal Minister of Food and Agriculture, and Sarah Wiener, TV chef and author who has established her own Foundation, were guests at the School Catering Forum where discussion centred on the ideal school canteen.

Following on from the totally successful anniversary fair in 2016, the INTERNORGA exhibition will also focus firmly on the future of the dining out market in the coming year.

“We have already started planning the 91st INTERNORGA and will again be offering our exhibitors and visitors many creative formats and great highlights.

As an interactive platform, source of inspiration and catalyst for trends, we will be making our contribution to the further development of the industry,” said Bernd Aufderheide.

The leading trade fair will be one day shorter from 2017 onwards. Hamburg Messe und Congress GmbH has made this decision in response to the changing conditions for trade fairs. INTERNORGA 2017 will be held on the Hamburg fairground from 17 to 21 March.