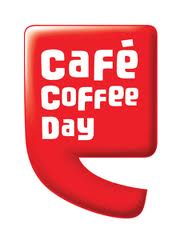 Cafe Coffee Day, India’s leading coffee chain, is set for a market debut that could value at estimated almost $1 billion.

It has hired investment banks Kotak Mahindra Capital and Citigroup among other advisors and plans to file for the listing by the end of April, the sources said.

Jubilant shares are up 20 percent this year and trade at a forward price-to-earnings ratio of 62.5 times, nearly 4 times the average across the Nifty.

Still, the chain faces competition from global rivals that have already edged out some peers. Italy`s Lavazza in August announced plans to pull out of the cafe business in India by selling its Barista chain.

Tata Starbucks Ltd, a joint venture between the Seattle-based chain and India`s Tata Global Beverages Ltd, has opened 68 shops across India in the past two years.