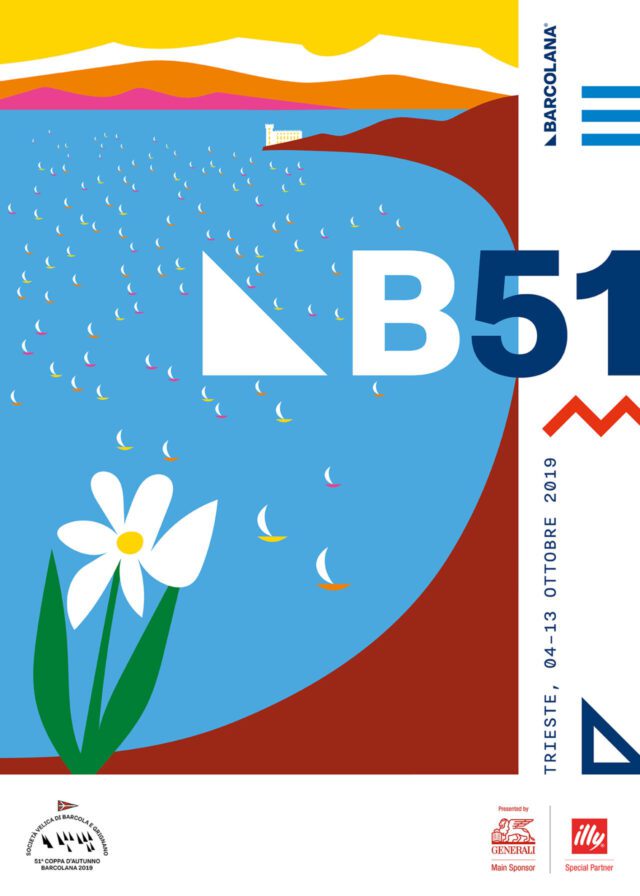 LONDON, UK – 51 years ago, 47 yachts took part in the first edition of Barcolana. Held on the second Sunday of October every year, Barcolana became a Guinness World Record holder last February when it was recognised as “The largest sailing race” with its 2689 boats and over 16thousand sailors at the start line.

The 51st Barcolana race will be held in Trieste on 13th October 2019 with a jam-packed entertainment schedule in the ten days before the grand finale. Entries for the race are already open online on the website www.barcolana.it: 2700 boats will be the maximum number of participants allowed to race this year. Tourist packages – the Barcolana Experience – can also already be purchased online to discover Trieste and its region Friuli Venezia Giulia, while enjoying the regatta.

Barcolana – presented by Generali – aims to bring together sailing lovers and promote the region as a tourist and sailing destination for British sailors in October. That’s why we’ve decided to present the event’s poster by illycaffè in London at the Italian Embassy, just like we did last year. The poster, designed by Italian artist Olimpia Zagnoli, shows a view of the Gulf of Trieste and its magnificent Miramare Castle (a very popular tourist destination) overlooking a fleet of more than 2000 sailing boats racing.

“The Barcolana is a powerful symbol of the city of Trieste, representing its landscape and its values: the sea that bring people together, sailing as an inclusive rather than exclusive experience, and harmony with Nature. illycaffè has supported this event and these values for many years, in particular by offering a touch of beauty, which is typical of our way of expressing ourselves. Each year we bring the creativity of an artist to design the Barcolana poster – says Andrea Illy, Chairman of illycaffè with a life-long passion for sailing – From Gillo Dorfles to Marina Abramovich, this creative tradition has inspired great masters, as well as successful young talents, such as Olimpia Zagnoli. This year she brings her chromatic flair to the image for the 51st Barcolana, where the warm embrace of the Gulf of Trieste greets the thousands of white sails, alongside a flower that becomes as a symbolic link between the Sea and the Earth“.

“I would like to thank illycaffè – stated Barcolana chairman Mitja Gialuz – because every year it helps us design the Regatta’s manifesto and it helps us promote the event internationally. Art and sailing can have a close bond: the Gulf of Trieste shown in the poster conveys joy, passion for sailing in a charming and amazing environment. We’ve tried to capture in one image the feelings of our participants and spectators who enjoy the unique spectacle created by the Barcolana race from the upland towering over the city”.

“Barcolana is a love brand for Friuli Venezia Giulia, as well as Trieste, the great white wines of our vineyards and the cycling routes from the Alps and Dolomites to the Adriatic sea. The partnership with the regional Tourism Board aims at enhancing touristic experiences in an Italian region still to discover” – says Mr. Lucio Gomiero, Managing director of the Tourism Board.

For the 2019 edition, Barcolana has strengthened relations with the UK: the regatta will be endorsed by the record-breaking English yachtswoman Dee Caffari, the first woman to have sailed solo around the world against the prevailing winds and currents, and skipper of ‘Turn the Tide on Plastic’ in the Volvo Ocean Race 2017/2018. Barcolana has selected Dee for her commitment to environmental sustainability, her genuine passion and as an inspirational role model to girls, illustrating that the sport of sailing provides many opportunities for personal growth.

We have a dream, we want to create a “Grand Slam” of sailing for all those who love this sport and the seafaring culture; a circuit of sailing races with a large number of participants to bring together the traditions of various oceans and continents, to share our mutual passion for sailing and seafaring traditions, and to protect our oceans and seas. Our two clubs have a lot in common: our passion for sailing and the commitment of our members have allowed us to make sailing popular by joining the spirit of adventure of amateurs and the desire to win of professional sailors. That’s the starting point of our great project: seas and oceans have no borders and by joining forces we can raise awareness on the need to protect our Oceans, develop sustainable tourism and promote our sport.”