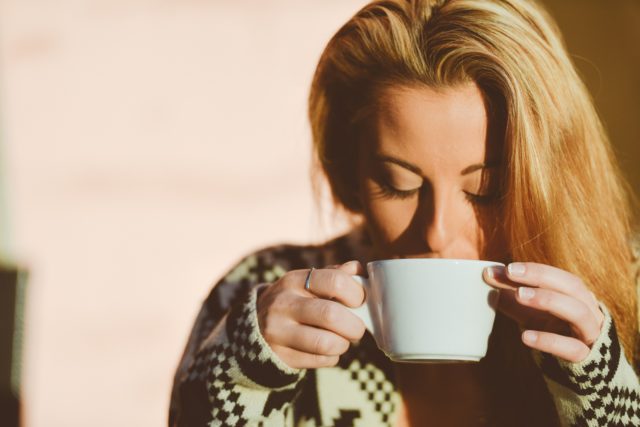 MILAN — While brewing your morning coffee, you suddenly realize that you can’t smell the freshly ground beans? You could you have COVID-19? Recognized symptoms of the novel coronavirus include fever, cough, and shortness of breath, but ear, nose, and throat specialists are calling on public health authorities to acknowledge another symptom: changes in the senses of smell or taste.

According to numerous media outlets, doctors are reporting a reduced loss of smell and taste, or anosmia, in a large percentage of people who test positive for the new coronavirus.

Eric Holbrook, Harvard Medical School associate professor of otolaryngology head and neck surgery at Massachusetts Eye and Ear, spoke to several news organizations this week to explain what anosmia is, what causes it and when people should seek help if they’re experiencing a loss in the sense of smell.

This week, ENT UK, the British Association of Otorhinolaryngology, said in a guidance document that in countries with high coronavirus rates, including South Korea, China, Italy, Iran and France, significant numbers of patients who tested positive for SARS-CoV-2 infection have developed anosmia, or a reduced ability to smell (hyposmia).

“We really want to raise awareness that this is a sign of infection and that anyone who develops loss of sense of smell should self-isolate,” Claire Hopkins, president of the British Rhinological Society, told The New York Times. “It could contribute to slowing transmission and save lives.”

In Germany, more than two out of three COVID-19 cases have anosmia. In South Korea, where testing has been more widespread, 30 percent of people with confirmed cases have reported loss of the sense of smell as the major symptom in otherwise mild cases.

“The unique part of this association is that the reports are coming from patients who are COVID-19-positive, and in some cases, they’re having the smell loss when their symptoms are pretty mild,” Holbrook told MassLive.

The American Academy of Otolaryngology–Head and Neck Surgery added in a statement to its U.S. members that a loss or reduction in smell and taste, in the absence of a respiratory disease such as allergy or an acute or chronic sinus infection (sinusitis), should alert physicians to the possibility of COVID-19 infection and should consider recommending self-isolation and testing of these individuals.

According to Holbrook, who is an ear, nose and throat surgeon and researches ways to treat permanent smell loss, it’s unknown whether inflammation or damage to the olfactory nerve caused by the coronavirus results in a reduced or eliminated sense of smell.

“It may be caused by the viral infection, and the reaction to the tissue around it, or the virus could be causing an inflammatory response and temporarily disabling the nerve or preventing odors from getting in the nose,” said Holbrook.

Evidence for the underlying mechanisms of COVID-19-associated anosmia are only beginning to emerge. For example, a recent analysis by HMS scientists, led by Sandeep Robert Datta, associate professor of neurobiology in the Blavatnik Institute at HMS, identifies several cell types in the nasal cavity that are possibly vulnerable to infection by SARS-CoV-2, the virus that causes the disease.

Their work also suggests that olfactory neurons, the cells that directly sense smell, do not express genes that would allow them to be infected by the virus. The findings are published on the preprint server bioRxiv, a free repository for research preceding peer review.

“Gaining mechanistic insight into how sensory loss occurs is important to inform patients not only of the cause of their anosmia, but to give them a full picture of the likelihood of recovery,” Datta said. “I think understanding how SARS-CoV-2 attacks the olfactory system will be central to designing future therapies aimed at speeding or enabling recovery.”

Often, people who reported smell loss have noted a loss in taste, too. Given that smell and taste are used in combination to sense flavor, it can be hard to distinguish the difference, Holbrook said. Making it challenging for doctors and people with this symptom is that there are other upper respiratory viral infections, such as influenza, that might cause a reduced or lost sense of smell.

“One of the things I think a lot of physicians and patients are struggling with is trying to determine whether these mild symptoms are related to, say, allergies or a mild cold,” Holbrook told STAT.

In the case of COVID-19, he points to reports indicating that patients appear to be recovering from loss of the ability to smell within about two weeks.

Holbrook told the Associated Press that these reports have been a hot topic among researchers and doctors, but “we don’t have hard evidence right now” about how often smell loss occurs in infected people. He added that he is aiming to set up a study in people being tested for the coronavirus at Boston-area hospitals to determine whether this symptom can be used as a diagnostic marker for the disease.

“If anyone is experiencing sudden smell loss, especially in the context of the other symptoms being reported for the coronavirus, including fever and breathing problems, this may raise suspicion for possible COVID-19 and that person should contact their primary care doctor,” he said.