The coffee market fell for the fifth consecutive month in March 2015, as speculation over the size of the upcoming 2015/16 Brazil crop continues to mount.

Exports in February were lower compared to last year, as shipments from both Brazil and Vietnam dropped off, with total exports for the first five months of the coffee year down 2.7%.

Production is estimated at around 141.9 million bags in crop year 2014/15, while an initial estimate of world coffee consumption in calendar year 2014 comes to 149.3 million bags, suggesting resilient demand for coffee worldwide.

The ICO composite fell further in March 2015, with the monthly average down 10% compared to February to reach 127.04 US cents/lb.

This is its lowest monthly average since January 2014. Daily price movements showed no clear trend over the course of the month, hitting a low of 120.50 and a high of 131.78 but finishing at around the same level it started. Price volatility was also notably higher in March compared to last month.

The three Arabica groups all dropped by over 10% on February, while Robustas were 6.3% lower. In terms of the price differentials, Other Milds increased their premium over Colombian Milds by over a third to 6.45 cents, while the arbitrage between Arabica and Robusta narrowed to 56.76 cents, compared to nearly 70 in February, also the lowest since January 2014. If this trend continues, it could lend some support to Arabica prices going forward.

Shipments from Brazil dropped for the first time in fifteen months, as they come towards the end of their crop year, while exports from Vietnam are also estimated lower.

An initial estimate of world coffee consumption in calendar year 2014 comes to 149.3 million bags. This represents an average annual growth rate of 2.3% over the last 4 years.

The strongest growth over this time has been found in emerging markets, averaging 4.6% since 2011, with particularly strong demand in Russia, South Korea, Algeria and Turkey.

Exporting countries have also been recording increased demand, at an average of 2.6%. Brazil is by far the largest coffee consumer among the exporting countries, on 20.8 million bags for 2014, followed by Indonesia (4.2 million), Ethiopia, (3.7 million) and Mexico (2.4 million).

Download the full Market Report in PDF format at this link. 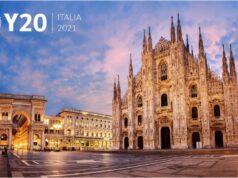