LONDON – The International Cocoa Council and subsidiary bodies, including the Economics and Administration and Finance Committees, as well as the expanded Consultative Board on the World Cocoa Economy, will meet at the Holiday Inn, Empire Way, Wembley, London 23 – 27, September 2013.

(The exact timing of the press briefing could be subject to slight change in case the meetings run over their scheduled times.)

The briefing will report on the outcome of the 88th regular session of the International Cocoa Council and the meetings of its subsidiary bodies, 23-27 September 2013. 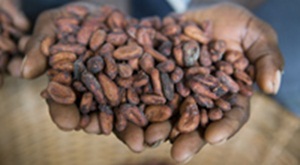 The International Cocoa Organization (ICCO) is a global organization, composed of both cocoa producing and cocoa consuming member countries.

There have since been seven Agreements. The Seventh International Cocoa Agreement, negotiated in 2010 in Geneva, came into force provisionally in October 2012.

The Governments decided to put the International Cocoa Agreement 2010 into force provisionally among themselves in whole as of 1 October 2012.