LONDON – The current review focuses on cocoa price movements on the international markets during April 2014.

Chart I illustrates price movements on the London (NYSE Liffe Futures and Options) and New York (ICE Futures US) markets for the month under review (click on the tables to enlarge). As seen in Chart I, at the start of April, cocoa futures prices maintained the downward trend that had occurred at the end of the previous month amid reports of ample supplies of cocoa beans coming from West Africa.

However, anticipation of improved grindings data from Europe and North America lent support to cocoa futures during the second week of April, with London attaining its highest level for the month at £1,885 per tonne while, in New York, prices surged to US$3,024 per tonne.

Nevertheless, the upward movement in cocoa futures prices was weakened, as the release of the first quarter European grindings data for 2014 showed an increase of only 0.4%, which was below the three per cent rise expected by most market participants.

By the middle of the month, steady grindings data for the first quarter, of 3.69% and 1.03%, as reported by the Cocoa Association of Asia (CAA) and the National Confectioners Association (NCA) respectively, supported cocoa futures.

From the third week of April through to the end of the month, cocoa futures moved sideways and remained range bound. In London, cocoa prices traded between £1,841 and £1,880 per tonne, and in New York, between US$2,947 and US$3,025 per tonne.

Whereas price declines were registered during this period, with most cocoa analysts revising their supply deficits downwards due to better production than previously anticipated, on the other hand, reports of increasing global chocolate confectionery sales gave support to cocoa prices.

As depicted in Chart III, the price movements in cocoa were generally below those of the average prices registered by other commodities, as measured by the DJ-UBS Index. On the supply side, according to news agency data, total cocoa bean arrivals at ports in Côte d’Ivoire from the start of the season to 4 May 2014 reached 1,270,000 tonnes, compared with 1,153,000 tonnes recorded for the same period of the previous season.

Indeed, the largest producing country has benefitted from favourable weather conditions and the midcrop which started on 1 April 2014, is expected to be strong.

In Ghana, cumulative cocoa purchases recorded by the Cocobod from the start of the season to 8 April 2014 reached 704,266 tonnes, representing an approximate 16% increase, compared to the same period for the previous year. The country’s mid-crop is also expected to be better than that of the previous year.

In Indonesia, local cocoa bean supplies continue to constrain the country’s growing demand needs for processing. To address this issue, the Government has been considering removing import duty on cocoa to facilitate the importation of cocoa beans to feed the increased grinding facilities.

On the demand side, the aforementioned grindings data from Europe, North America and Asia confirm reports that demand for chocolate has been strengthening in the new emerging markets, particularly Asia, whereas cocoa processing in the traditional markets of Europe and North America has not improved significantly.

Indeed, the processing of cocoa at origin by major grinding companies has been gradually increasing in recent years – with Indonesia’s installed grinding capacity estimated at about 600,000 tonnes.

At the end of May, the ICCO Secretariat will release its revised crop and grindings forecasts for the current cocoa year in its Quarterly Bulletin of Cocoa Statistics. 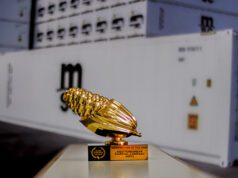