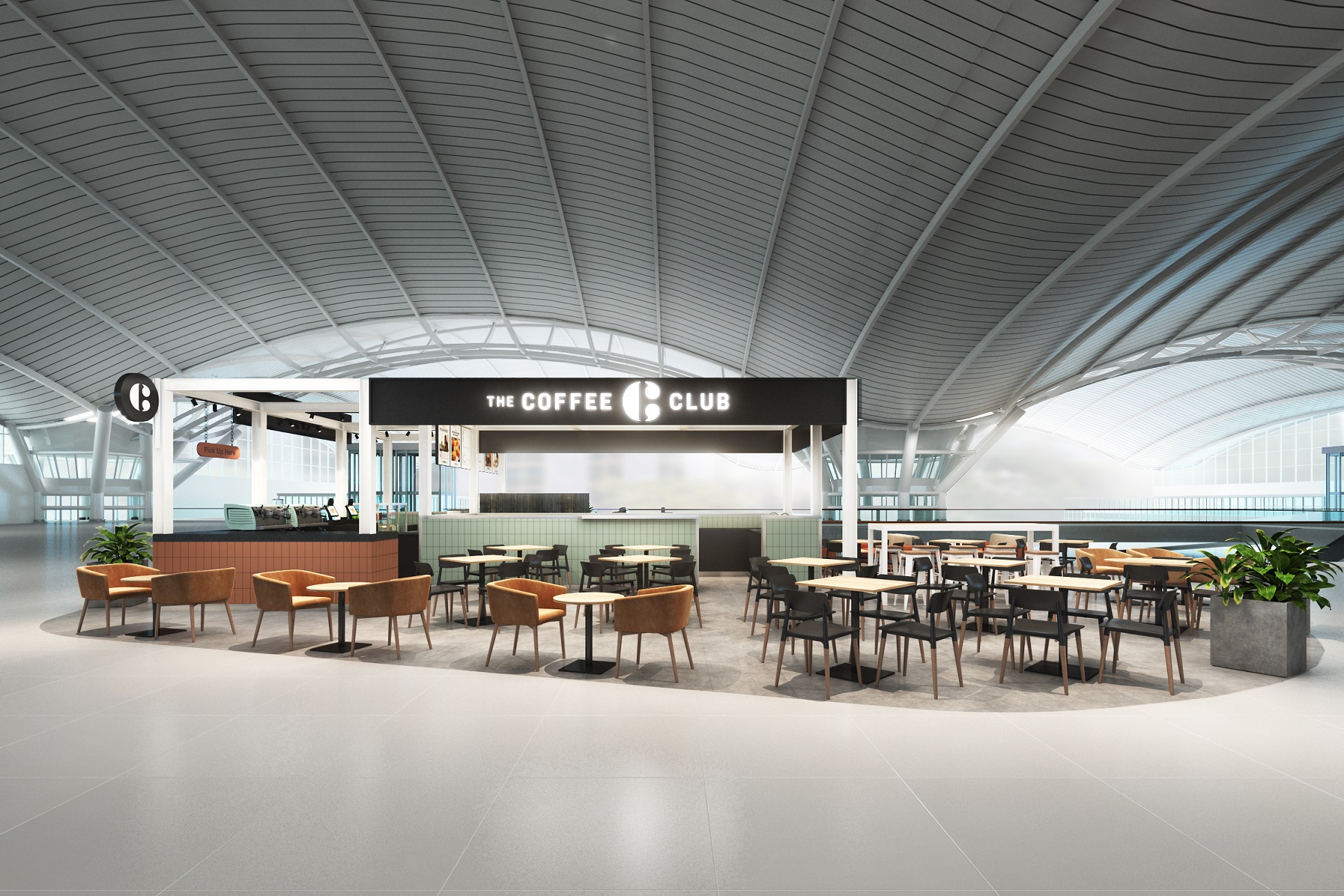 BALI, Indonesia – HMSHost International, global market leader in the food service industry for people on the move, is pleased to announce the award of an additional six stores at Bali Airport by Angkasa Pura I, operator of Bali’s I Gusti Ngurah Rai Airport. As part of Bali Airport’s Phase Two tender process, the six stores are spread across both International and Domestic Departures and Arrivals. This new award of six stores is for five years plus one recovery year (total of six years), valued at €34.4 million, is in addition to the Phase One award of five stores for five years as announced in May this year.

David Mackay, Regional Managing Director of HMSHost Asia Pacific said, “Continuing our development in Bali Airport, we are extremely excited to announce that we will be opening more F&B ventures with the addition of six new stores.

Since our entry in 2013, we have established ourselves as the main F&B operator across the International Terminal and have enjoyed a strong collaboration with Angkasa Pura I along the way. We are proud to bring global favourite brands to the airport and these include Pizza Hut (2 locations), much loved by the Indonesian passengers, alongside rapidly growing Aussie-style café, The Coffee Club. HMSHost is proud to continue bringing memorable F&B experiences to the Bali International passengers.”

Securing some exciting new contract wins during Bali’s I Gusti Ngurah Rai Airport’s two-phase tender process, HMSHost International has now been awarded a total of 11 food & beverage stores to meet the needs of up to 25 million passengers per year. From top listed global brands like Pizza Hut through to regional favourites, the carefully curated selection of brands will bring passengers an abundance of variety and maintain Bali Airport’s position as the key commercial hub to Bali tourism.

“Congratulations to HMSHost International for winning back the new F&B tender again, this time for the Phase 2, for the next 6 years ahead, following the recent winning on F&B tender awards on Phase 1. We also appreciate HMSHost International’s strong will and commitment to keep continuing the business project at I Gusti Ngurah Rai Bali Airport despite the fact that we are in the midst of passenger’s traffic decline due to Covid-19 pandemic. However, we believe that international passenger traffic will bounce back as soon as the international border is open again.” said Faik Fahmi, President Director of Angkasa Pura I, Bali’s I Gusti Ngurah Rai Airport operator company.

The six new stores awarded to HMSHost as part of Phase Two are located across a range of locations. Two stores will be located at International Departures, and one store at International Arrivals. Two stores will be located at the newly developed Domestic Corridor Arrivals, an exciting location accessible to the public, along with a store at Domestic Departures airside, handily located after passengers pass through security. The selection of brands is tailored to the needs of travellers, posed to boost the airports food & beverage offering.

The Coffee Club – The Coffee Club is an internationally recognised brand with Australian origins, priding itself on its great coffee since 1989 and epitomising all-day dining. The philosophy of the brand is simple; whether you like your breakfast at 8am or 4pm, The Coffee Club covers all bases with menu choices including Smashed Avocado with Poached Eggs & Bacon, The Big Breakfast to Nutella Pancakes with Fresh Berries.

High Tide Bar – Embodying the ever-popular beach bars scattered across Bali, High Tide Bar has been exclusively designed for Ngurah Rai International Airport to give travellers a last sense of what Bali Island has to offer. Guests can relax, have a few drinks and a bite to eat, giving them one more taste of Bali before they depart. High Tide Bar will feature good music, cold drinks and hot food platters that cater to all tastes and preferences.

Pizza Hut – Pizza Hut has grown to become the world’s largest and most popular pizza company, arriving here in Indonesia in 1984 and already very close to everyone’s heart. A modern and freshly designed concept, Pizza Hut’s menu features pizza, pasta and side dishes along with a refreshing beverage menu. With their signature pizza, Splitza, splitting a large pizza into two different toppings, their classics are also on centre stage; walk into nostalgia with tastes from the childhood: American Favourite, Meat Lovers, and Super Supreme.

Active in over 120 airports in the United States, Canada, Europe, Asia and Oceania, HMSHost operates in the top 20 airports in North America by passenger traffic. Through its HMSHost International division, the company has F&B operations at 41 airports, 33 train stations and 7 shopping malls in Europe, the Middle East, and Asia Pacific.

HMSHost continues its expansion in Asia, entering Indonesia in 2013. The first establishment was made in Bali revealing uncompromising services with nine F&B stores to offer an impressive selection of comprehensive brands such as The Coffee Club, Pizza Hut, La Place and a personalized menu reflecting its local taste and strong characters as seen in Two Tigers and Two Dragons.
In partnership with locally renowned Mayapada group, HMSHost gradually continued to expand and lead nine new outlets in Indonesia’s capital city new international terminal, Terminal 3 Ultimate Soekarno Hatta Airport Jakarta. They have taken the lead to create a greatly enhanced traveller experience with some of the most-sought after global brands such as Burger King, Pizza Hut alongside several of Ismaya Group’s distinctive local brands including Djournal Coffee and Colette Lola.
HMSHost Indonesia has been the most prominent business partner to Indonesia’s state-owned airport operator, Angkasa Pura which has contributed to internationally acclaim in the award of World’s Best Airport for Bali’s Ngurah Rai Airport and World’s Most Improved Airport for Terminal 3 Ultimate Soekarno Hatta Jakarta acknowledging the airport’s culinary expertise for discerning travellers.

About Angkasa Pura I