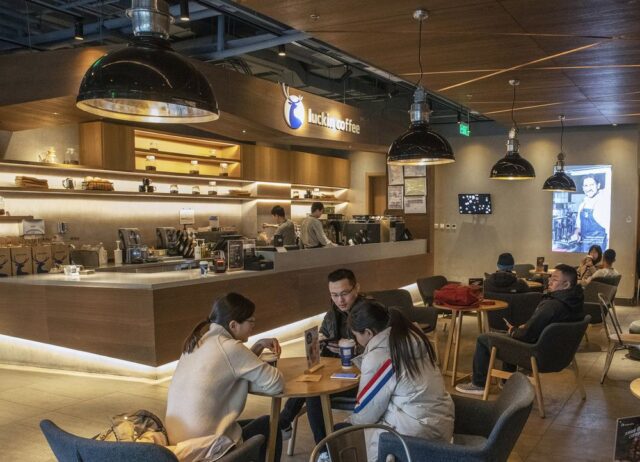 MILAN — Shares of Luckin Coffee recovered slightly on Wednesday closing at 36.310, after losing more than a quarter of their market value due to an anonymous research report questioning the company’s sales figures last Friday. Muddy Waters Research, a well-known short-seller that focuses on Chinese stocks, posted a link to the report saying believed the work was credible.

Citron Research, another noted short-seller, jumped in to defend the Chinese coffee chain, saying that third-party data and calls to competitors confirm that Luckin’s numbers are accurate.

Luckin Coffee Inc. issued a statement Monday saying it “categorically denies all allegations” “The methodology of the report is flawed, the evidence is unsubstantiated, and the allegations are unsupported speculations and malicious interpretations of events,” the statement said.

So what can we expect next? Jeremy Bowman says in an interesting analysis that Luckin is still the most valuable publicly traded coffee chain after Starbucks. And both companie can win in the world’s second-biggest economy.

Here are some excerpts from his analysis:

China is a huge market with over a billion people, and there’s room for more than one kind of coffee chain. Luckin seems to understand this as its business model is much different from Starbucks. Rather than focusing on the cafe experience and being a “third place” as Starbucks does, Luckin’s business is built around pick-up and delivery.

Most of its stores have limited seating and do not accept cash, requiring payment through an app. Starbucks, by contrast, has built its business as an upscale brand that offers a desirable and comfortable location for dates, business meetings, meet-ups with friends, and other kinds of gatherings.

Rather than functioning as a Starbucks copycat, Luckin Coffee is more like a 7-11, according to local reports. While its prices tend to be half that of Starbucks, Luckin’s quality in both food and beverages is believed to be worse. It’s a no-frills chain, while Starbucks is offering a high-end experience.

Starbucks has expanded its own pickup and delivery options in China and partnered with Alibaba in order to capture some of the demand for those conveniences, but in general, Starbucks and Luckin are much different brands, targeting different kinds of customers.

The coffee market in China has enormous potential

In Luckin’s own prospectus last year ahead of its IPO, the company argued that the coffee market in China had enormous potential, saying, “China’s rising urbanization and disposable income have been and are expected to continue to be the main growth engines of its coffee industry, and more and more people in China have begun to consume more coffee in their daily lives.”

Compared to the other East Asian countries, per-capita coffee consumption in China is minuscule

In 2018, the average Chinese person drank just 6.2 cups per year. That compares to 209.4 in Taiwan, 249.5 in Hong Kong, and 279 in Japan. If the traditionally tea-drinking country goes the way of some of its neighbors, coffee demand could grow by 30 times or more.

If coffee-drinking goes mainstream in China, it will lead to more business for both Starbucks and Luckin,

and both companies together can drive that market expansion. To the extent that Luckin introduces coffee to Chinese people who have never had it and expands the market for it, its presence could even help Starbucks.

The Second Cup announces deferral of filing its annual information for...