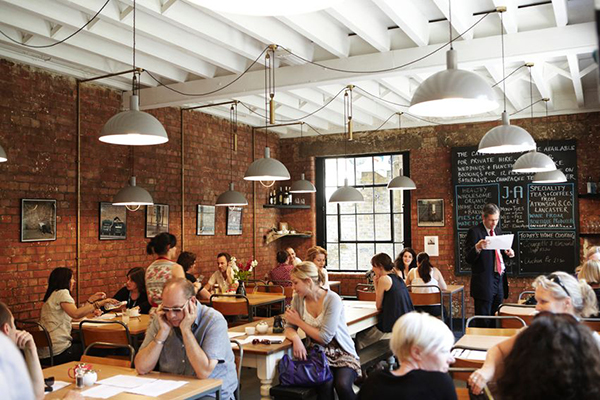 Caffeine-loving Britons consume 1,460 cups of coffee a year on average (that’s 93,440 cups in an adult lifetime), according to new research.

Researchers took an in-depth look into the hot beverage habits of the nation and discovered £676 is the average amount Brits now spend each year on coffee from shops and cafes – that amounts to £43,264 over a lifetime.

According to the poll, we now drink an average of four cups a day – with the latte the most popular coffee of choice (41 percent said it was their favourite).

And according to the data, people from Cardiff are the biggest fans of coffee, downing a staggering 1,825 cups a year, more than any other city in the U.K.

The poll shows a staggering 61 percent of us prefer drinking coffee to tea, with a separate report by retail research consultancy Allegra, revealing there are now 22,845 coffee shops in the UK, a six percent increase year on year – with 2.3 billion coffees a year being bought and consumed out of home.

The first coffee shop, The Angel, was opened in Oxford in 1652, with the second opening in London in the same year.

The survey by syrup makers Monin, shows the nation’s favourite coffee is by far and away the latte, with 41 percent saying it is now their coffee of choice.

Cappuccino came second to latte in terms of the nation’s favourite, with 38 percent, followed by Americano (26 percent) and Mocha (16 percent).

However, the majority – 65 percent – said they simply preferred the taste to tea.

Surprisingly a further 62 percent of Brits would even go as far to say that we now know more about coffee than we do wine.

And 65 percent of health-conscious Brits say going out for coffee to catch up with friends has now replaced heading out for a boozy night.

Lee Hyde – Beverage Innovation Manager at Monin commented: “We are seeing a rise in coffee shops and coffee culture across the country, and this trend is being replicated in the home too.

“Over a third of Brits confirmed they know more about coffee than they did five years ago and coffee drinkers are finding new ways to personalise their drinks, reaching for flavours from popular vanilla to more adventurous flavours like salted caramel.”

“With coffee, the menu options are endless and with seasonal flavours on the rise and iced coffees during summer, coffees aren’t only functional they’re also the perfect fit for socialising too.”

The survey revealed the average Brit has their first cup of coffee at 8am, with 51 percent of us now owning our own coffee machine at home.

And it would seem Brits are more adventurous than ever, with 76 percent claiming they regularly experiment with different styles and flavours of coffee.

The Voice is celebrating its 35th birthday this year. Share your Voice memories, comments and birthday wishes on social media, using the following hash tag: #Voice35Years

La Niña likely likely to continue until at least February 2021, says B...