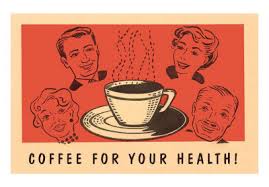 Researchers in France, led by Nelly Jacob of the Pitié-Salpêtrière Hospital APHP, found that smokers and former smokers were less able to detect bitter tastes than nonsmokers.

A study published in Springer’s journal Chemosensory Perception suggests that smokers and those who have quit cannot taste bitterness – a taste that can generally be tasted at low concentrations – because smoking causes a loss of taste.

However, it is not yet known whether the full taste range returns to normal once a person quits smoking, or how long it takes, according to a press release.

For the study, researchers tested the ability of 451 staff from Parisian hospitals to recognize the four basic tastes of sweet, sour, bitter and salty, as well as the intensity of each taste.

The study participants were grouped into smokers, non-smokers and people who had quit smoking. The voluntary tests were conducted over the course of three consecutive “World No-Tobacco Days.”

Based on their findings, smoking status had no influence on a person’s ability to salty, sweet or sour tastes. It did however have an effect on people’s ability to recognize the bitter taste of caffeine.

Though bitterness can generally be tasted at very low concentrations, one in every five smokers, or 19.8 percent,  could not correctly recognize the taste, while the same happened one in every four times, 26.5 percent, in former smokers.

Just 13.4 percent of non-smokers could not correctly identify the bitter samples they were asked to taste.

Based on their findings, researchers conclude that the accumulation in the body of some tobacco or combustion products may hamper the regeneration of taste buds, and therefore still impair a person’s ability to recognize certain tastes even after they have stopped smoking.

“We consider that the perception of bitter taste should be examined more closely, both as a tool for smoking cessation or for preventing smoking initiation. More generally, it should be worthwhile to consider the role of chemosensory perceptions in smoking behavior.” Nelly Jacob said in a statement.